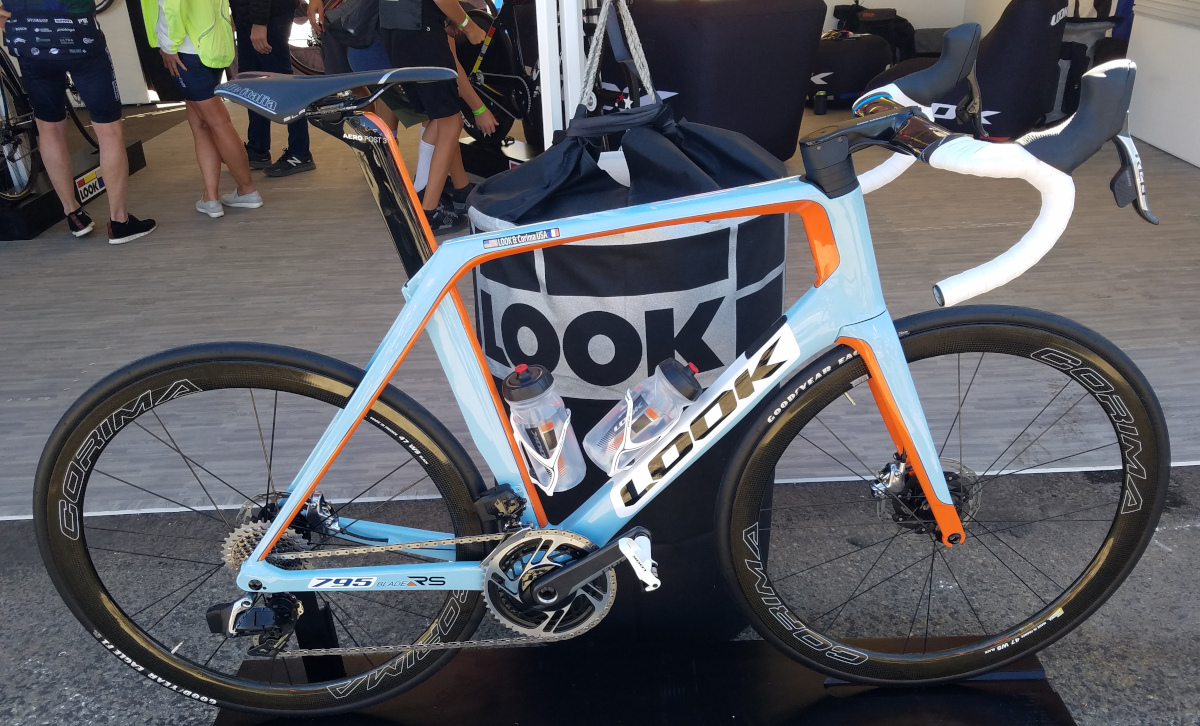 After being cancelled in 2020 and then postponed earlier this spring, the Sea Otter Classic came storming back to Laguna Seca Raceway in Monterey, California. Yes, there were fewer expo tents than normal (rumored to be down by upwards of 500), and yes, fewer racers, but even as early as Thursday morning the crowds have been impressive  – being around bicycles is still a good time!

Given the Sea Otter’s founding legacy as a mountain bike event, the amount of flat bar technology on display far outnumbered the drop bar offerings. Still, we searched out what we could to get a taste of some of the latest road/gravel bike technology,

Here’s our video report highlighting what we found over at the Look Cycles booth that was chock full of carbon finery, followed by some Q&A with former national road champ Meredith Miller who is now in charge of road sports marketing for Shimano.