ALL BIKES HAVE A DROPPER POST? – 7 FACTS ABOUT SHIMANO’S NEUTRAL SERVICE 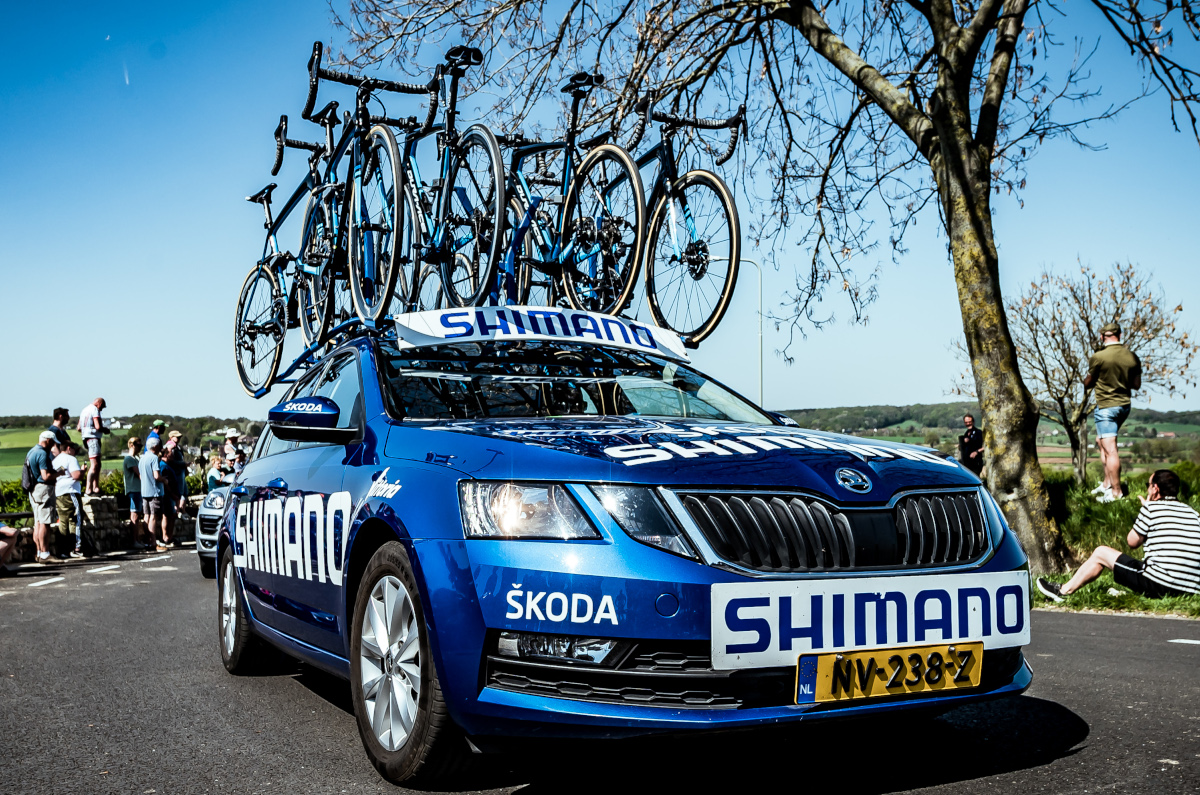 Despite their 100-year-old history and dominant role in the bike industry, Shimano has for decades been reduced to playing in the minor leagues when it comes to providing neutral race support. No more. With French wheel maker Mavic finally ceding control of the world’s most important bike race (after a 47-year presence) due to financial difficulties, the “Blue Crew” stepped up to the plate and added La Grand Boucle to the calendar of lower-rung races that they already support.

To find out more about the Shimano effort, we contacted Shimano’s European sports marketing coordinator for the road, Bert Roesems, to gain some insight on what Shimano plans to bring to peloton this season.

RBA: How many people make up the Shimano neutral support crew, and where is it based in Europe?

BR: We have different outfits throughout Europe. For the Northern Classics, we work together with the Dutch Sports and events company, Libéma. In France, Spain and Italy, we run our neutral support from our local distributor. Each of the countries have a neutral service coordinator who manages a complete technical crew, including mechanics and drivers. 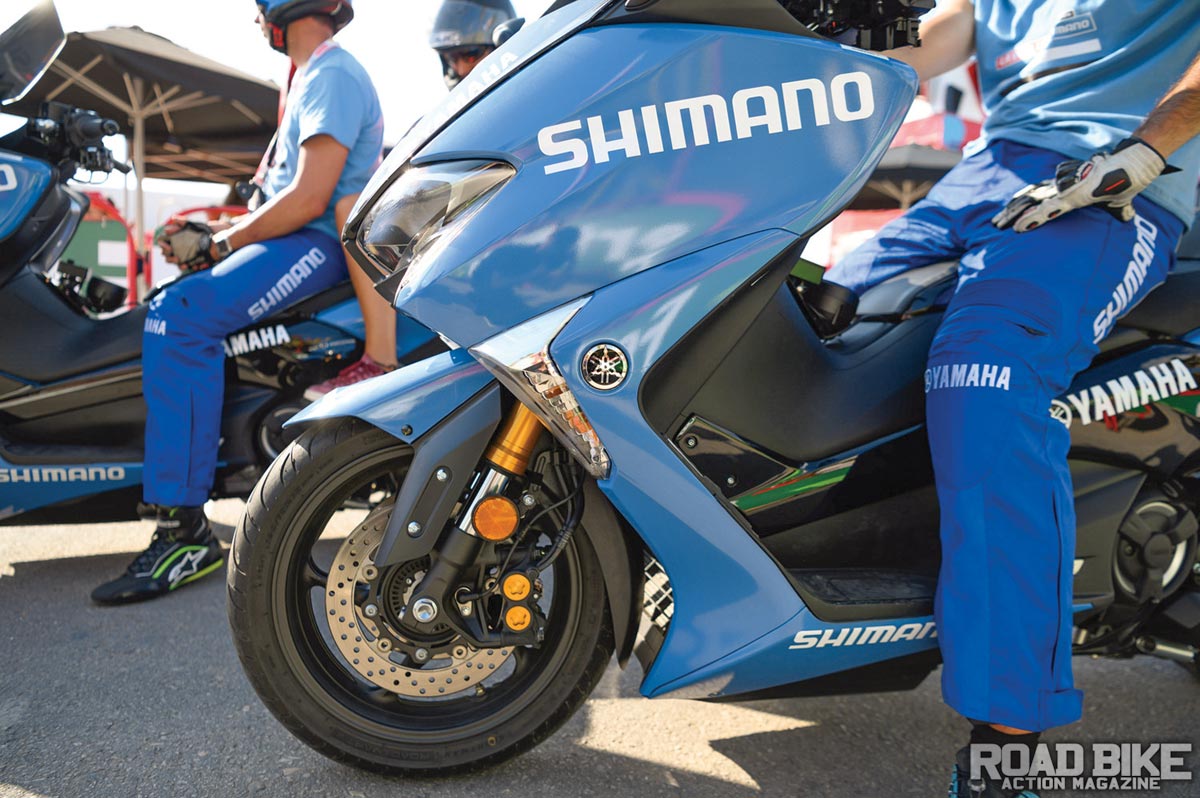 RBA: How many cars, scooters and people would be needed for the Tour de France?

RBA: Who makes the neutral support bikes, and how many are in the fleet for the Tour?

BR: On each car we have six bikes, in different sizes, with a selection of pedals based on the brands used by teams and riders. Shimano purchases frames for the neutral car and then paints and re-brands them with the Shimano logo in order to be really neutral.

RBA: What is the breakdown between rim and disc brake bikes on the roof?

BR: We do not have rim brake bikes on the roof, only disc brake bikes. We do have a selection of wheels on board suited to all teams and riders in the races—rim brake or disc brake; 11-speed or 12-speed.

RBA: Are all the neutral bikes Di2? Are there any teams not using Di2?

BR: Correct. All bikes are Di2-equipped. Not all teams use Di2, as some teams are sponsored with competitor components, such as Campagnolo and SRAM, which have their own electronic shifting system (all Shimano-sponsored teams do use Di2).

RBA: Do any of the bikes run with a dropper seatpost?

BR: Yes. All of our bikes are or will be equipped with dropper seatposts. This allows the rider to adjust their seat height on the fly.

RBA: What are the qualifications to become a member of neutral support?

BR: A high level of professionalism, technical skills (if you are a mechanic), overall knowledge on how the race scene works, defensive driver skills (if you drive a car or motorbike), but, above all, a tremendous passion for cycling. 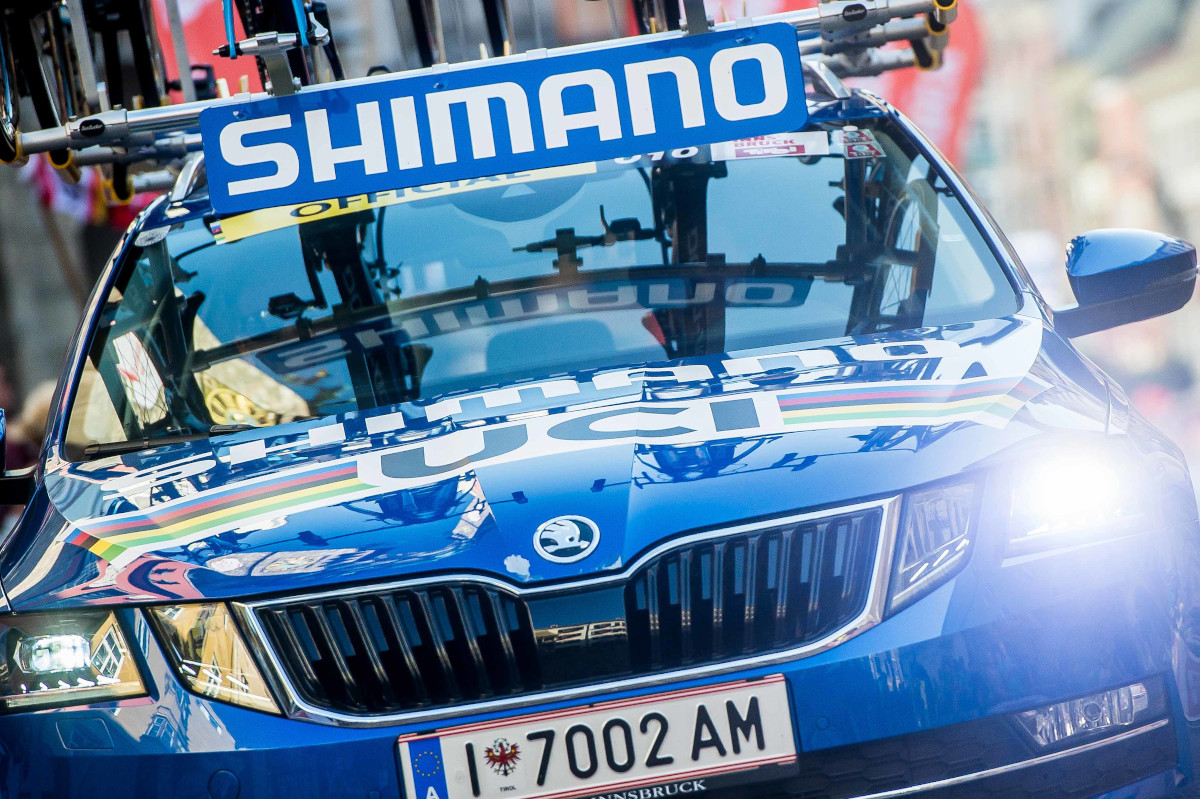 The post ALL BIKES HAVE A DROPPER POST? – 7 FACTS ABOUT SHIMANO’S NEUTRAL SERVICE appeared first on Road Bike Action.