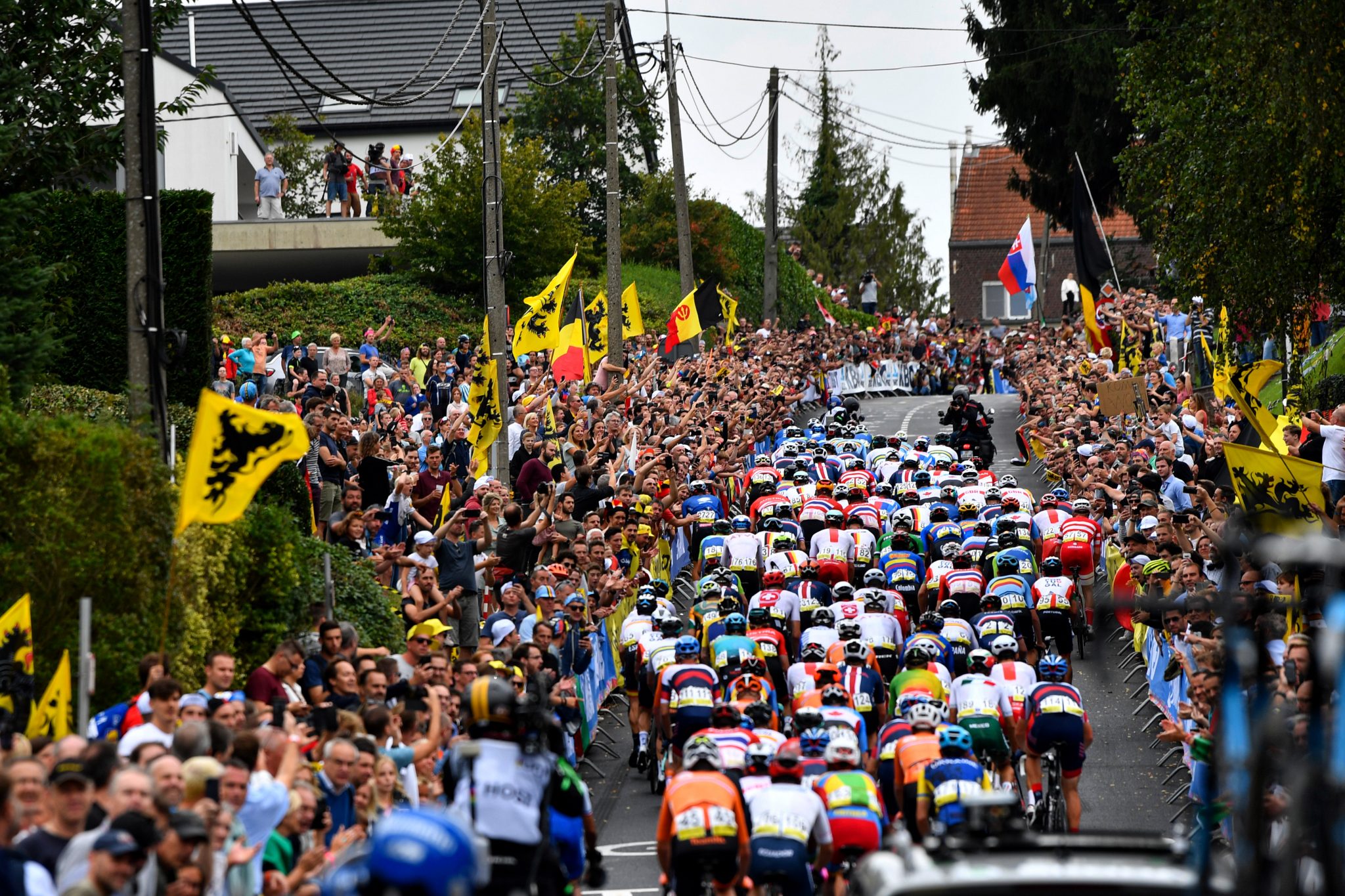 Defending champion Julian Alaphilippe won 2021 world championship road race on Sunday, after dropping all of his rivals following a series of solo attacks on Flanders’ cobbled hills. The Frenchman attacked from 30 miles out to create an elite group of 17 riders, then again from 10 miles to edge away to a solo victory in an epic 166 mile struggle. A four-way struggle for second place was clinched on the line by Dylan van Baarle of the Netherlands with Denmark’s Michael Valgren coming third. Alaphilippe won in a similar manner a year ago in Italy. The Belgian team had been favorite to win but team leader Wout van Aert faded with 15km to go almost straight after his 21-year-old team-mate Remco Evenepoel dropped out following a selfless and colossal effort as pilot-fish. Soloing to the Leuven finish line alone Alaphilippe said disappointed home Belgian fans had insulted him.

“I think they’d been hoping for Van Aert and many of them had less than nice words for me as I approached the line,” he said.

“It kind of makes it doubly joyful to win here,” he added. France team boss Thomas Voekler repeated the word “indescribable” as he hugged Alaphilippe vigorously.

“We hadn’t planned it that way,” Alaphilippe said smiling.