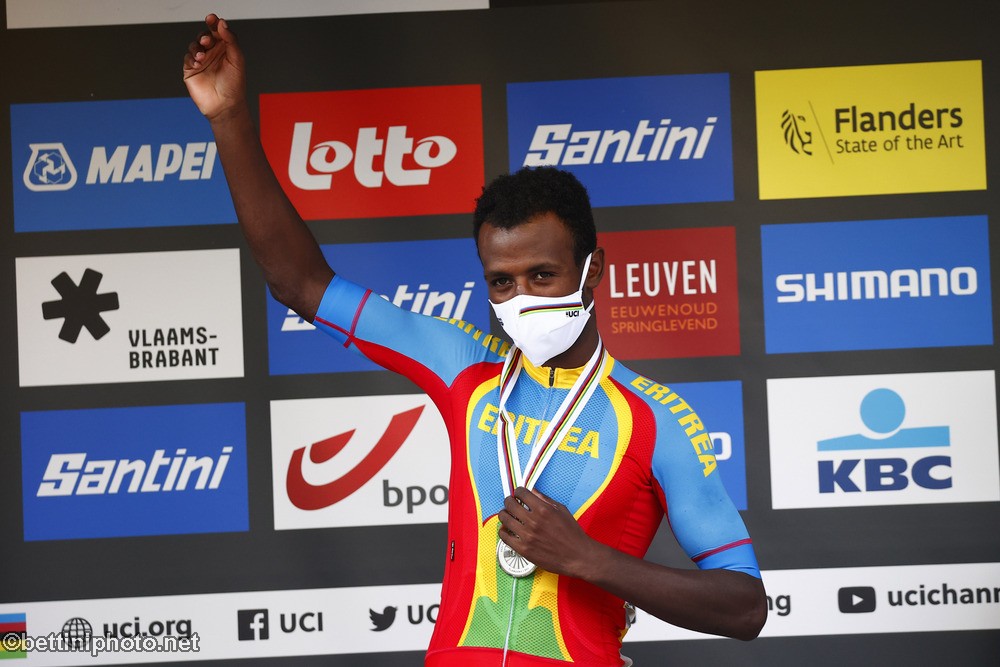 On the same day that Rwanda was confirmed as Africa’s first host of a cycling world championships, Eritrea’s Biniam Ghirmay set another landmark for the continent becoming the first black-African to medal at the 100-year-old event. Italy’s Filippo Baroncini won the men’s under-23 road race Friday with a solo attack but he was followed over the line by rising star Ghirmay, who won silver from a bunch of 30 pursuers. In his sky-blue and red outfit he dropped to the floor as his team embraced him at the finish line.

“For me, for my nation, also for Africa, this means a lot,” said Ghirmay.

“I’m really happy. I’m really proud of my nation. This is for all Eritreans and also all Africans.”

The 21-year-old, who came through the UCI World Cycling Centre in Switzerland, is the first black African to medal in any event in the 100-year history of the road race world championships. He rides for elite level World Tour outfit Intermarche-Wanty-Gaubert and in September won his first race for them at the Classic Grand Besancon Doubs. Africa will host the worlds for the first time in 2025, with the sport’s governing body the UCI rubber-stamping Kigali’s candidacy on Friday. 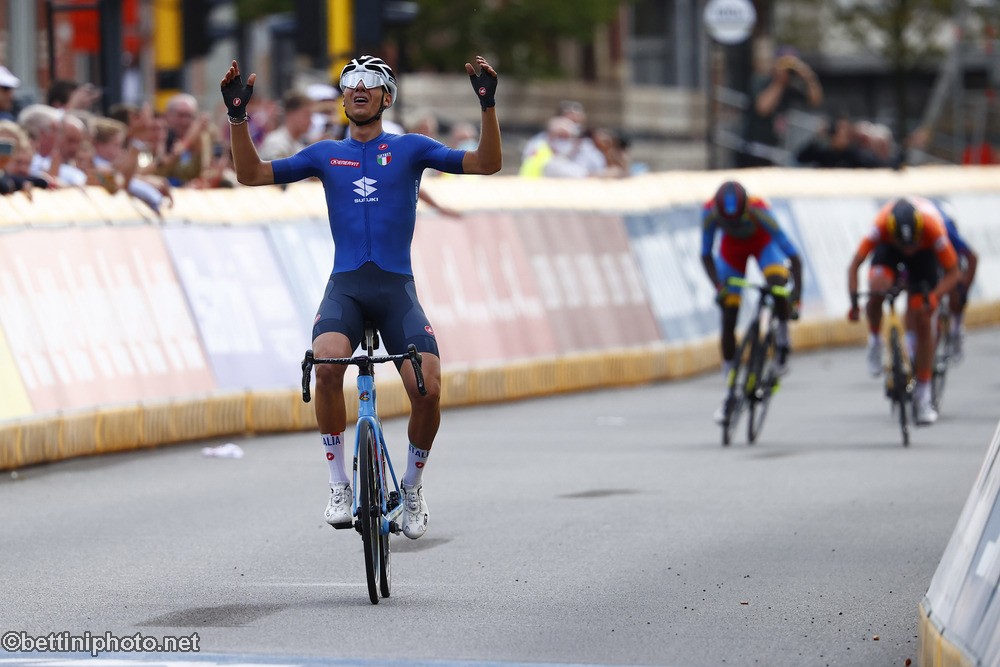