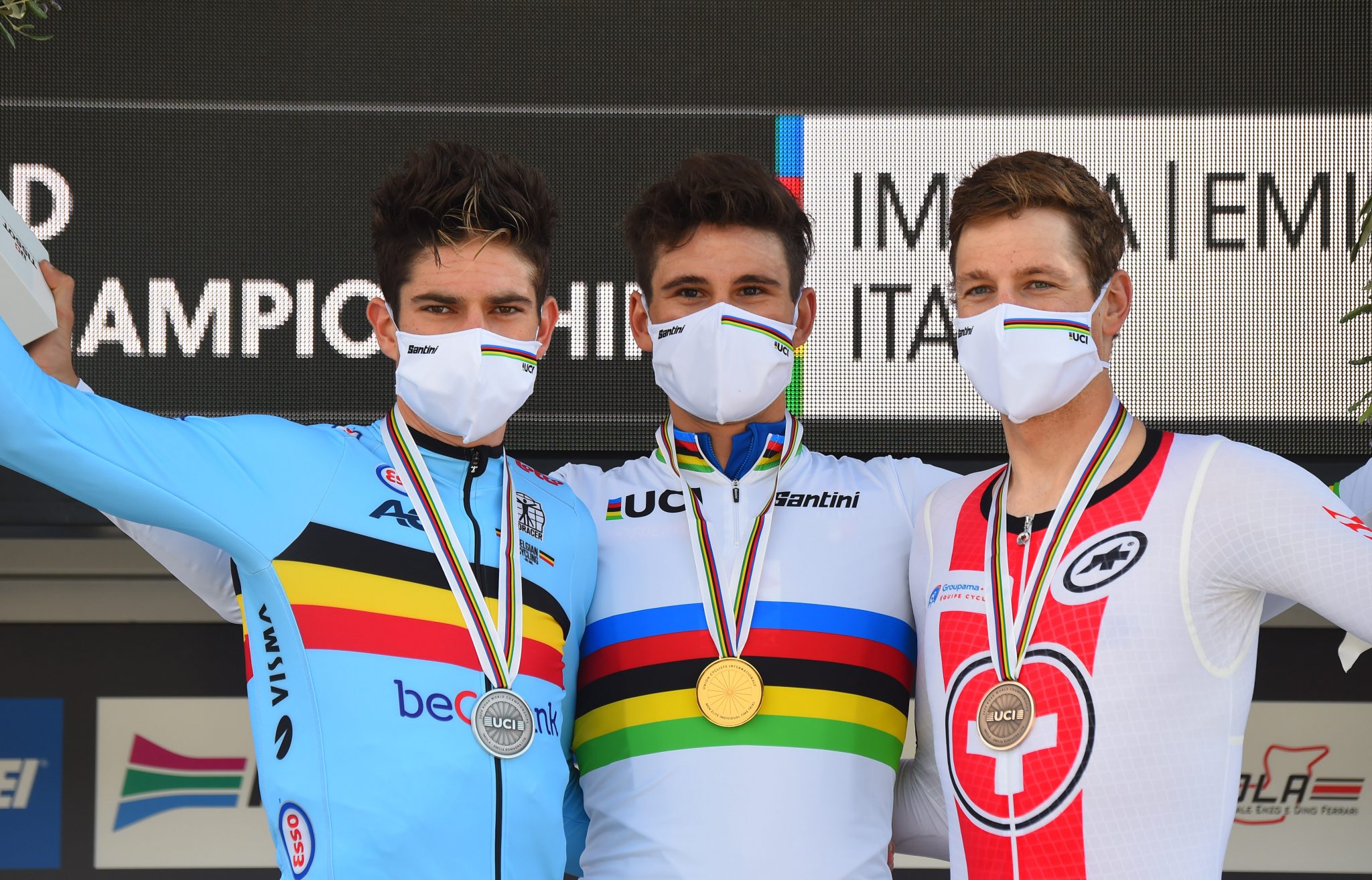 Belgium’s Wout van Aert embarks from Antwerp on Sunday as favourite to win cycling’s 2021 world road race championships but faces at least a dozen serious contenders on the epic 166 mile slog over the cobbled hills of Flanders. The world championship road race is rarely claimed by a Grand Tour winner, it is instead a battle between the riders who thrive in the cut and thrust of one-day do-or-die efforts. This year’s grueling and treacherous route in cycling’s heartland means even the strongest of contenders might simply run out of energy or willpower. The winner wears the fabled rainbow jersey for the next year and the current champion, swashbuckling Frenchman Julian Alaphilippe, says that made him a marked man this season.

“I was the man to beat, but it was so good to wear the jersey at the Tour,” said Alaphilippe.

Alaphilippe will lead the peloton out of the world diamond capital and port city of Antwerp to execute a series of circuits constantly switching between two loops, round the Leuven circuit with four hills and the Flandrien circuit with seven short climbs. Cycling is the national sport in Belgium and the home fans are expecting Van Aert, with the aid of 21-year-old Remco Evenepoel, to win when the remnants of the starting line up swoop into the university town of Leuven. Both have already stood on the podium this week, with Van Aert second and Evenepoel third in the men’s individual time trial.

“We are very excited,” Evenepoel said on Friday. “We have done the recon and now were ready.”

He added that Van Aert was the man the Belgian team were hoping to lead to victory.

“Having a World Championship in our home country and being the guy to watch is a nice feeling,” said Van Aert, who was second in the Olympic road race in Japan.

Van Aert’s Dutch rival Mathieu van der Poel famously conked out while in the lead just outside Harrogate at the Yorkshire worlds two years ago, and will be bent on revenge here.

In-form riders who could threaten include Italy’s Sonny Colbrelli and Denmark’s Magnus Cort, both of whom won Grand Tour stages in grand style this season.

The Slovenian team with Vuelta champion Primoz Roglic, Tour de France double defending champion Tadej Pogacar and in-form one-day specialist Matej Mohoric provides a triple threat to home ambitions. If Ineos starlet Tom Pidcock is anywhere near his best form, he could arrive in Leuven with the elite clique as he chases road-race glory after winning mountain bike gold in Tokyo. This is the 22-year-old’s first year in road cycling, and he is already being hailed as one of the best in the world. The event brings down the curtain on a nine-day championships which included junior, under-23’s and senior races for both men and women as well as a mixed team event. Next year’s edition is scheduled to take place at Wollongong, an hour’s drive from Sydney in Australia, with 2023 headed for Scotland.

The women’s road race — a 98 mile ride from Antwerp to Leuven — should also be a fascinating encounter. It pitches Austria’s surprise Olympic champion and mathematician Anna Kiesenhofer up against Dutch silver medalist Annemiek van Vleuten. The Dutch rider will hope this time to deny the Austrian a memorable double gold — and also avoid a repeat of her Tokyo misery when she raised her arms on crossing the line thinking she had won. Kiesenhofer admits her life has been turned upside down since Tokyo but treasures her gold medal.

“This Olympic gold medal is so much bigger than my PhD,” she told Cyclingtips.com.

“This was harder. If you count the number of people with a PhD in the world and those with a gold medal.”

Come September 25 she will hope her sums add up and a second gold medal is hanging in her cupboard.