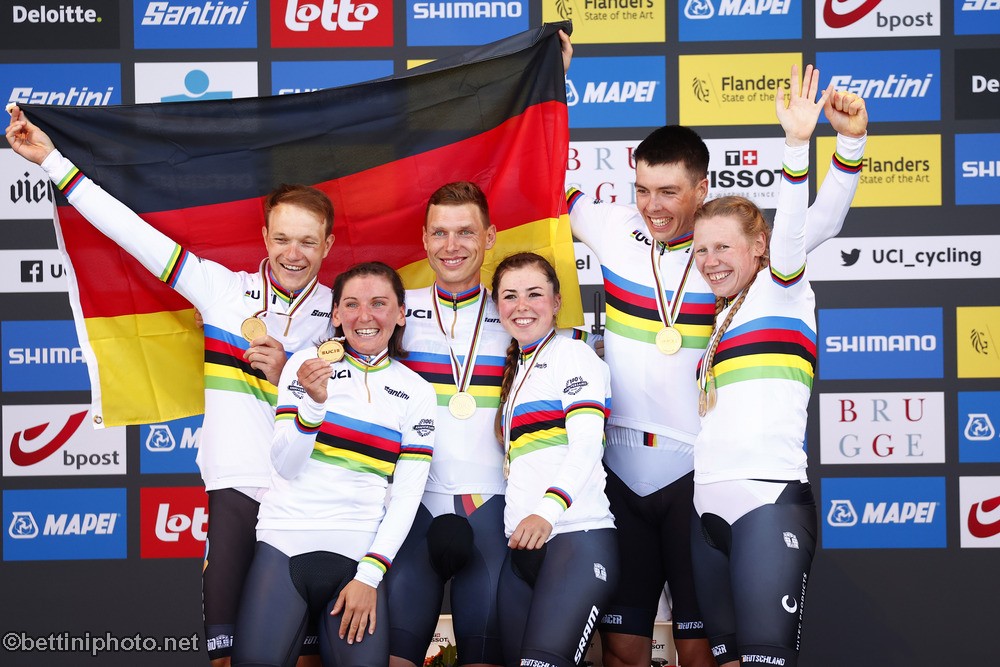 Tony Martin ended his career with a bang on Wednesday after helping Germany to win the mixed-relay time-trial at the world championships in Flanders. Tony Martin, Max Walscheid and Nikias Arndt were second fastest in the men’s section before Lisa Brennauer, Lisa Klein and Mieke Kroeger did even better to claim the gold medal. Germany beat the Netherlands by just 12 seconds while Italy squeezed into third, just five seconds ahead of Switzerland. The Italians posted the fastest time in the opening 14 mile loop in a relay race where three men race first and release the women’s team when they cross the finish line.

“It’s thanks to the girls, they made the difference,” Martin said after winning the event which was inaugurated in 2019.

“I’ll be honest, we were targetting the win, hoping for the gold medal. Now we’ll celebrate this win and I’ll be off for holidays with my family,” he said.

Jumbo-Visma rider Martin sparked a mass crash at the Tour de France in June when he collided with a fan holding up a sign on the first stage. The 36-year-old, who won four world titles in the individual time trial, in 2011, 2012, 2013 and 2016, announced Sunday that he would be retiring after the championships.