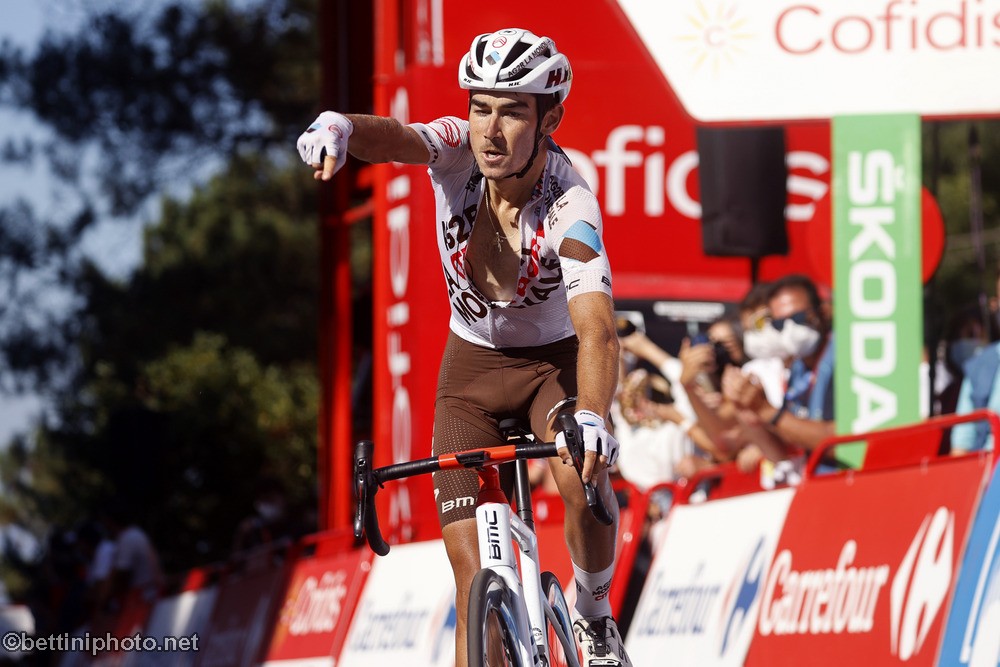 AG2R-Citroen rider Clement Champoussin ambushed the favorites and surged to victory on the penultimate stage of the Vuelta a Espana on Saturday as Primoz Roglic extended his lead in the overall standings Slovenian double defending champion Roglic of Jumbo-Visma leads the Vuelta by 2:38 from Movistar rider Enric Mas, while Bahrain’s Jack Haig climbed to third ahead of the final day individual time-trial. The 23-year-old Frenchman Champoussin only turned professional a year ago, and this was his first win, and he raised a solitary finger in celebration before thumping his chest at the finish line having attacked in the final mile. Roglic followed the winner over the line with Yates and Mas on his tail. The red jersey wearer Roglic is the Olympic time-trial champion, but famously lost a major lead on a final day time-trial on the 2020 Tour de France.

Sunday’s final stage is a 20.5 mile run to Santiago de Compostella. With five short but tough mountain passes on a tough stage in Galicia on Saturday, South African Ryan Gibbons had a gut wrenching afternoon as his long-range solo escape wilted with less than 1.5miles to go. Miguel Angel Lopez of Movistar had a bad day, allowing Haig to climb to third and Ineos’s Adam Yates climbed to fourth. Egan Bernal also slid way down the standings.