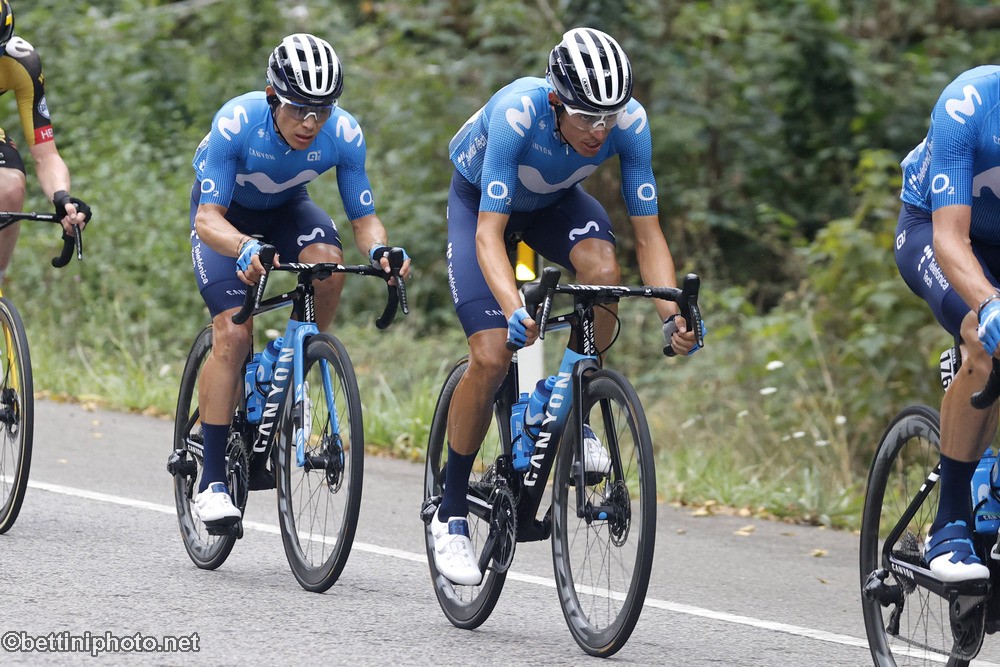 Stage 18 of the Vuelta a Espana took place over 101 miles took place from Salas to an summit finish atop the Altu d’El Gamoniteiru in northern Spain.  The mountainous stage was similar to stage 17 with  four categorized climbs and tough slopes in the finale. Multi-stage winner Michael Storer and David De La Cruz animated the final climb ahead of the favorites though both were caught following a decisive attack by Egan Bernal with 3 miles to go. Primoz Roglic, Sepp Kuss, Enric Mas and Miguel Angel Lopez joined Bernal’s move but Lopez counter attacked opening a 30 second gap with two miles to go. The final mile consisted of  10-percent-plus gradients that topped out at 19 percent.  Roglic and Bernal shared attacks within the final mile in an attempt to limit the gap to Lopez. With 500 meters to go the gap dropped to 22 seconds and the mountain top fog thickened. Lopez’s moved proved successful as he crossed the line solo to win stage 18. Roglic and Bernal’s efforts kept Lopez within 14 seconds. Roglic now leads Enric Mas by 2:30 and Miguel Angel Lopez by 2:53. Egan Bernal moved into fifth overall at 4:43 with Jack Haig in fourth at 4:36.