While investigating new patents filed in the United States in the field of bicycles, Wheelbased.com has discovered a patent filed by SRAM for a brake design with a master cylinder inside the handlebar. It is a project similar to the one already produced by Magura with its Magura Cockpit Integration , in turn similar to a previous patent filed by Campagnolo in 2014, but obviously modified enough so that the patent could be recognized and filed. 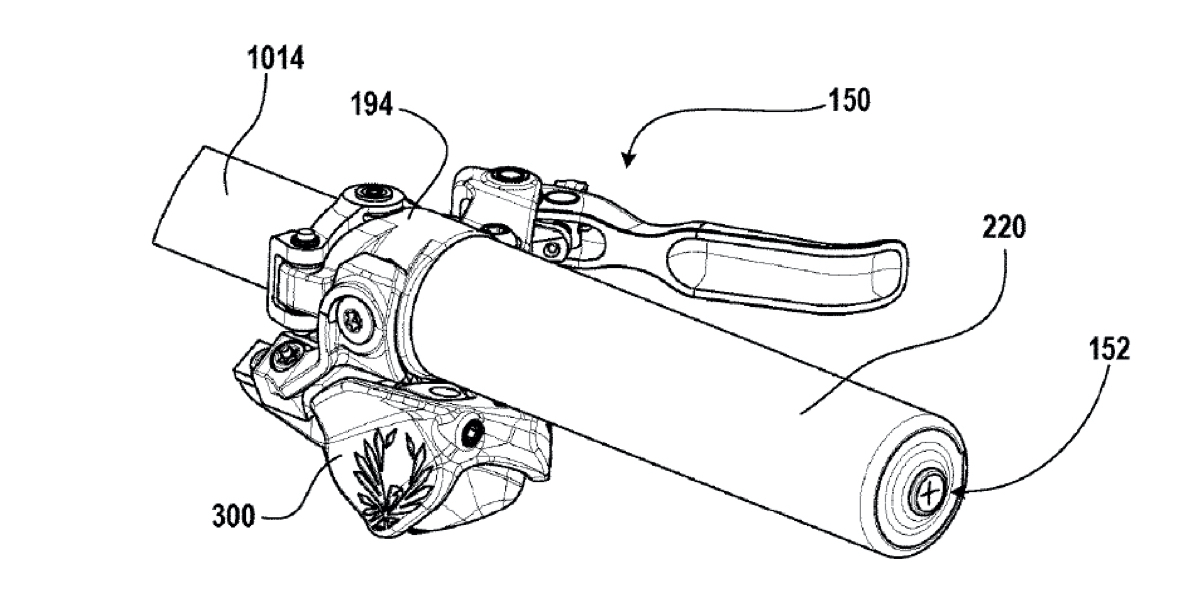 The patent was officially published on July 10th 2021 but was registered on 29 May 2020, demonstrating that SRAM has been working on this project for approximately sufficient time to be able to expect a finished product relatively soon. The goal of the brakes and related hoses integrated into the handlebars, according to SRAM, is to reduce weight, improve the bike’s aesthetic appeal and its aerodynamics, while eliminating the risk of hoses being damaged by getting caught in branches or other obstacles. 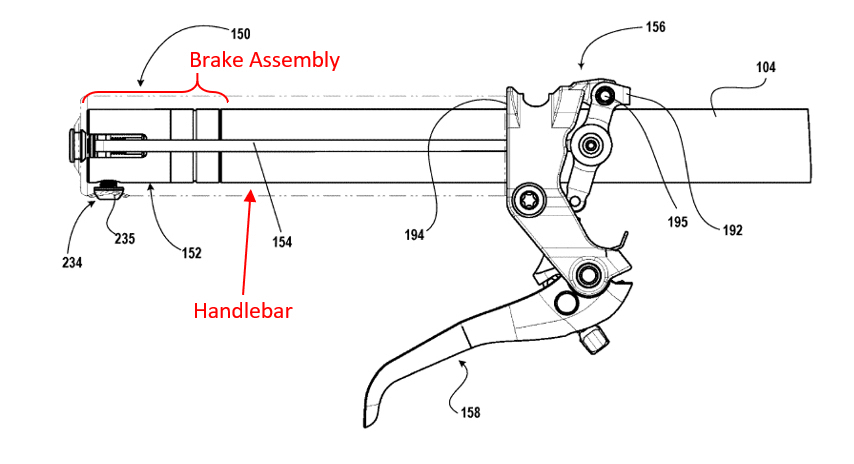 The operation of the brakes relative to this patent is all in all surprisingly simple. The pump/master cylinder, with the hydraulic fluid reservoir and the piston that moves it, are contained inside the end part of the handlebar. The lever, from the outside, is operated by means of levers and a tie rod that activates the master cylinder with a pull system. And it is precisely the pull operation entrusted to the tie rod that represents the difference from the other previously patented systems. 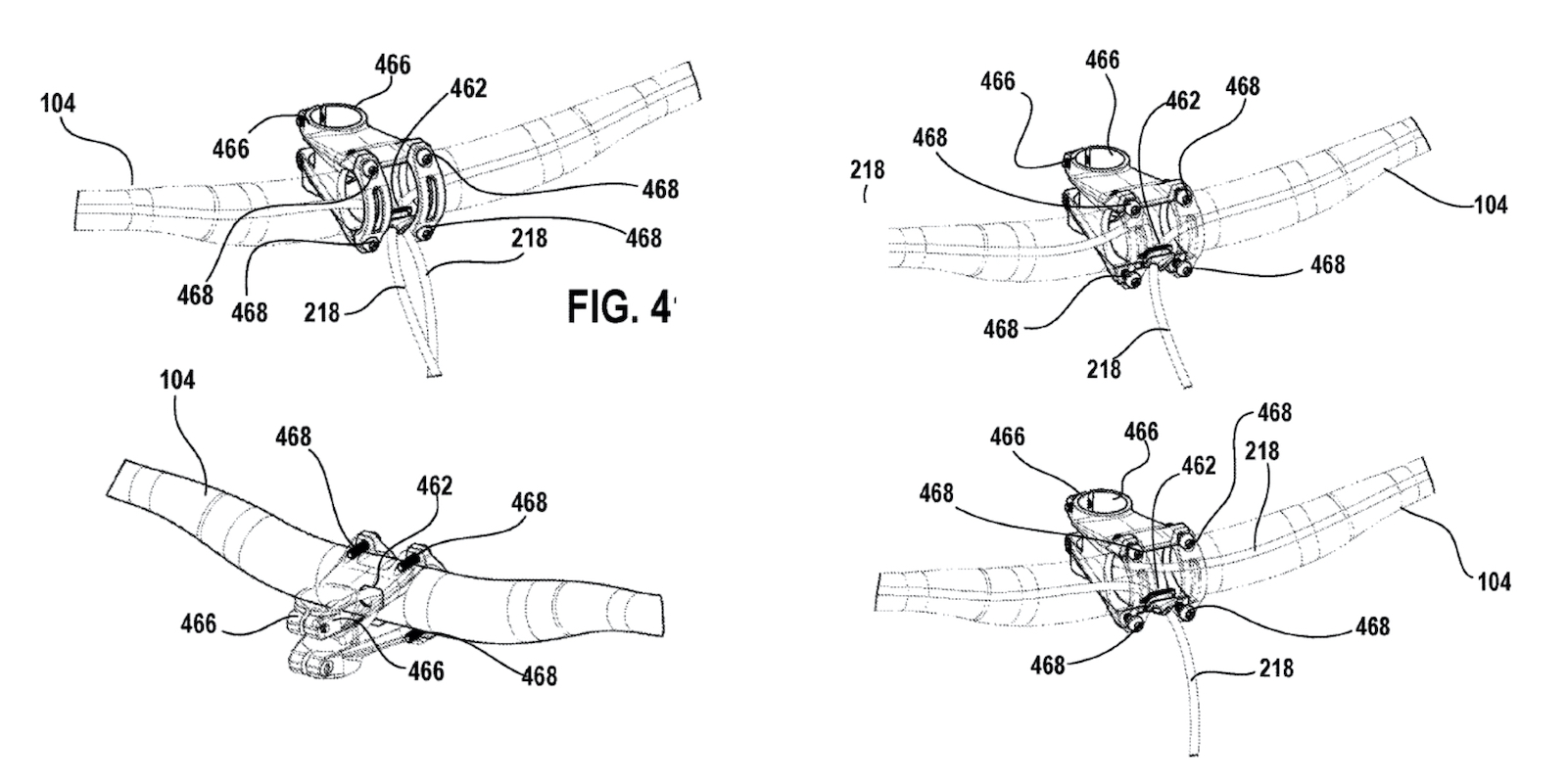 The brakes that will be born from this patent, as far as we can understand, and will be widely adjustable as regards the angle of the levers, the lever ratio of the levers themselves, the distance from the bar, the adjustment of the idle stroke or the point of contact – whichever you prefer to call it. According to SRAM, the system implies no difference in performance compared to brakes with a traditional master cylinder. The brake lever collars will also be compatible with the Matchmaker system. 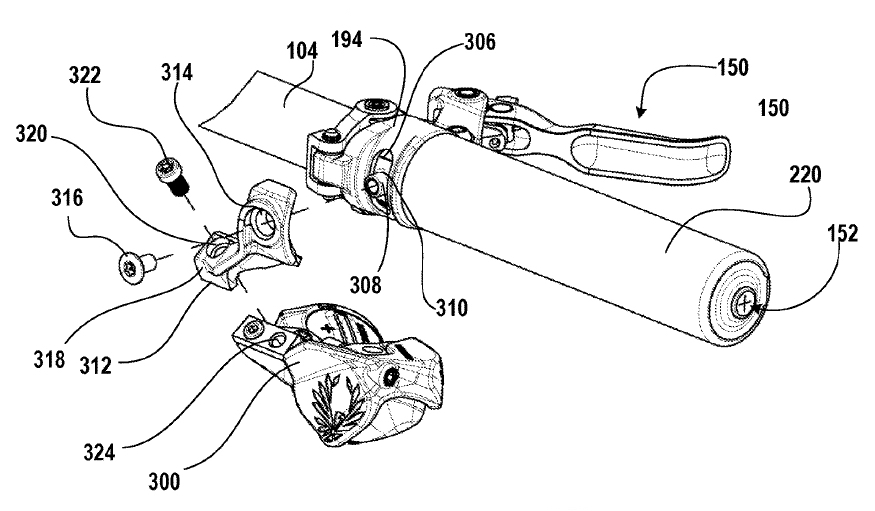