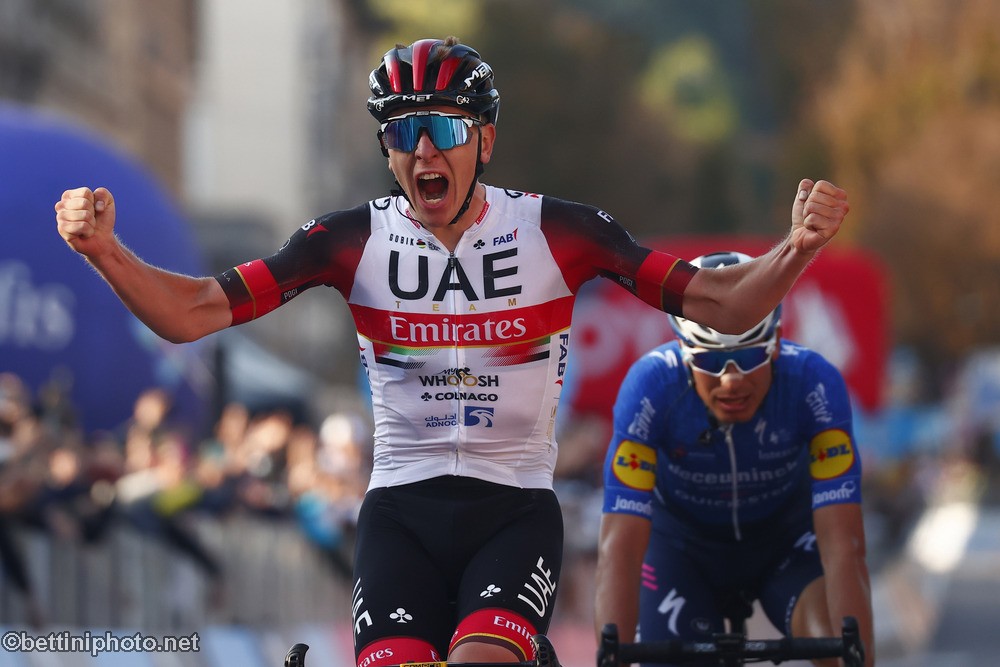 Tadej Pogacar said on Monday that his plans for the season included four of cycling’s five ‘monuments’ but “that doesn’t mean  I aim to win them all”. Of the five biggest classics, the 23-year-old Slovenian said he will only miss the Paris-Roubaix, which is being raced in October, but because some of its cobbled roads will be used on the Tour de France this year, he will ride a reconnaissance after the Tour of Flanders, which also has cobbled sections.

“For sure it will help,” he told a video conference from his team’s training camp.

“Experience is important on the cobbles.”

Pogacar has won the last two Tours de France. Last season he won two monuments, Liege-Bastogne-Liege and the Tour of Lombardy, and is ranked number one in road cycling.

“I know that it is impossible to improve every year. For now, I’m still improving and that’s my motivation for the years to come,” he said.

Pogacar, who rides for Team UAE, will start his season at the UAE Tour, where he is defending champion, from February 20 to 26.

He will follow that with three monuments: Milan-San Remo in March and the Tour of Flanders and Liege-Bastogne-Liege in April. He plans to ride the Tour de France in July and the Vuelta a Espana in August, before defending his Lombardy title in October.

“I will race four monuments this year but that doesn’t mean I aim to win them all,” he said.

“I probably won’t be the leader in Flanders,” explained Pogacar, adding that UAE had “riders for the classics” such as Matteo Trentin “and others”.

“I’ll be there to gain experience, do my best and help the team,” he said before adding:

“If I find a good opportunity, of course I can take it but I don’t expect anything special.”