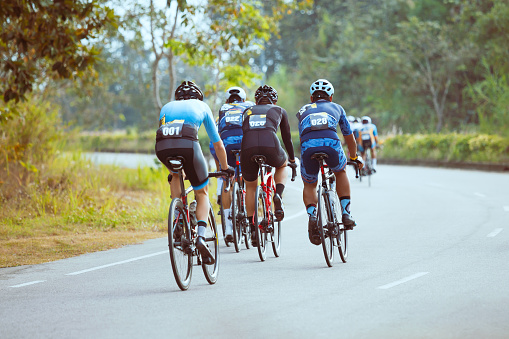 Around 11.5 million bicycles and other cycles were manufactured by the European Union in that year. In 2019, Germany was the nation with the largest employment in the bicycle and bicycle parts and accessories manufacturing sectors.

Despite Portugal being the biggest manufacturer of completed bicycles in Europe. Much of this tendency may be ascribed to the rising popularity of electric bicycles, also known as E-PACs in Europe.

What are the cycling levels in Europe?

Electric bicycle sales are at an all-time high.

Domestic demand is increasing in lockstep with exports.

Copenhagen, Denmark is number one.

Copenhagen is well designed for bikes, which often have the right of way over automobiles. For guests, there are inexpensive bicycle rental stations located around the city for a leisurely ride. But there are also programs for dedicated riders.

Go Bike, for example, strategically arranges docking stations for commuters and guests at metro stations. For forward-thinkers, these bikes may be rented using a smartphone. And they also come with a touch screen electronic pad for logging in and GPS navigation.

In the Hungarian capital, bike campaigns have been accompanied by better pathways and amenities.

Each year, Hungary’s chapter organizes the most successful events, with the aim of “raising awareness about the advantages of biking and other alternative modes of transportation, asserting cyclists’ right to the road, and celebrating cycling in general.”

Cycling for leisure is seldom an uphill battle because of the country’s relatively flat landscape. There are plenty of cycling trips offered, ranging from historical sightseeing to ‘windmill and tulips’ tours in the countryside.

The Dutch seem to be leading the way, with towns like Utrecht and Eindhoven renowned for their excellent bike infrastructure.

Many Flemish cities are following the lead of their Dutch counterparts and becoming more bike-friendly.

In Ghent, there are cycling routes that run through and around the city, and cyclists have the right of way at all times.

A riverbank ride can help you burn off those freshly cooked waffles and decadent Belgian chocolates.

Cities with tramways frequently have excellent bicycle facilities, and Ghent is no exception, with the lack of traffic making the city center considerably calmer.

Visitors may hire a bike for the day or for a month if they plan on staying longer. It’s a low-cost and convenient method to move about this little city. Read about Ireland and scotlands cycling statistics.

The city offers a network of nearly 2,000 bikes, half of which are electric. They are accessible 24 hours a day, 7 days a week at 184 docking stations.

Bikes may be rented for a few Euros per week, making them the cheapest and greenest mode of transportation in the south-western French city.

There are several bike tours available, but the city is simple to traverse on your own. And you can park your bike if you see anything interesting. Read about the world cycling statistics

Which European country has the most cycles?

In 2020, these five countries accounted for 70% of total bicycle production in the EU. Read about UK’s cycling statistics.

The PRODCOM survey on manufactured goods production, for which Eurostat just released data for 2020, provides information on the number of bicycles produced in the EU.

What are the cycling levels in Europe?

The bulk of other EU nations, particularly the Netherlands, do significantly better. At the top of the chart, 43% of the Dutch population cycles every day. 28% a few times a week,’ 16% ‘a few times a month or less often,’ and just 13% never.

The European Cyclists’ Federation (ECF) is a federation that brings together national cycling groups (those that promote riding for urban mobility and transportation) from around Europe.

The ECF aggressively promotes and supports cycling around the globe, while also attempting to enforce cycling rules at the European level.

One of its objectives is to promote bike tourism as a long-term economic component and environmentally beneficial mode of transportation.

It also emphasizes the safety of cyclists, the protection of vulnerable road users, and the growth of cycling as a mode of transportation.

Velo-city is an annual international cycling conference that brings together civil society organizations, academia, professionals, and industry to debate and exchange the newest ideas and innovations in cycling for transportation and recreation.

Velo-city was founded in 1980 and has been actively promoting cycling ever since. All persons concerned with cycling policy, promotion, and supply are invited to attend the Velo-city conferences.

This diverse group of individuals, occupations, abilities, and experience is crucial to the event’s success. Since 2010, Velo-city has been held every year across the world. In 2010, the inaugural Velo-city Global was held in Copenhagen, Denmark.

Conferences have been held in a variety of locales since then. Including Seville in 2011, Vancouver, British Columbia, Canada in 2012, and Vienna in 2013.

City to host the Olympic Games in 2020 As a consequence of the COVID-19 epidemic. Ljubljana was obliged to postpone Velo-city 2020 to 2022.

Velo-city returned after a year’s hiatus in 2021. Velo-city 2021 is a project that will take place in the year 2021 Lisboa was successfully conducted in the Portuguese city in September 2021, with organizers and guests adhering to COVID-19 safety requirements.