ZAP’S COLUMN: “HEY BRO, DO YOU WANT ME TO SPIT IN YOUR FACE?” 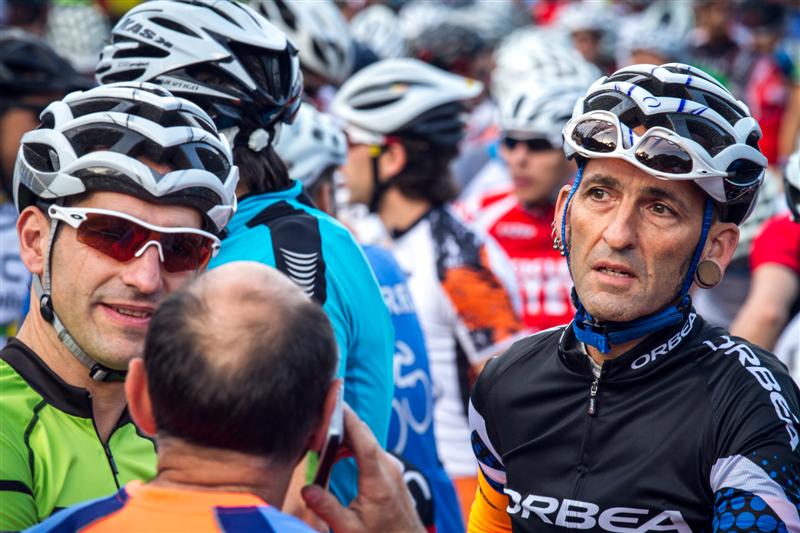 It was another sunny SoCal weekend, and instead of heading east on my usual loop, I decided to head west to take in the car-less climb that leads to the famous Griffith Park Observatory. Just as I rounded the corner down by the park’s merry-go-round, I spotted the tail end of a group ride headed in the same direction. Always interested to see what people are riding, I put in a short sprint effort to catch them so I’d have some company heading to the hill-climb to come.

The group was made up of about eight riders, all of whom were aboard fancy, modern bikes. In contrast, I was riding a 2009 Giant TCR (RBA, November 2021) that thought light and agile was as unmodern as could be. When one guy asked me about my bike and wondered why it looked so new for being so old, I told him about it being a one-time Road Bike Action test bike that had been hanging in a garage for almost a decade.

“Undeterred by the realities of a group ride, it was then, when in seeking some form of retribution, he uttered one of the dumbest questions ever asked of me: ‘Hey, bro, do you want me to spit in your face?’”

As it usually does, mentioning that I worked for RBA struck a chord with him, although he came across as being somewhat suspicious. When the group stopped at the gated-off road that split from the main road and led up and over to the Observatory, this same guy took a longer look at me and began peppering me with questions. His first line of inquiry was a frequently heard one: “How many miles do you ride a week?”

I replied, “Not really sure.” Next came a somewhat accusatory query: “Don’t you ride with a computer?” “No,” I replied. “Are you on Strava?” “No,” I again replied.

“I don’t need to.” Finally, he ended with the silliest question of all: “Why don’t you shave your legs?”

“I don’t want to,” I said, shaking my head in amusement. Obviously, I didn’t pass his test, and the guy just seemed flummoxed.

By not fitting into what his prescribed notion of what equipment a proper road rider is supposed to use, I seemed to have lost all validation as a real cycling enthusiast to him. Oh well. To me, the silly encounter was just another reminder that it’s not about the equipment or appearance that counts; rather, the amount of enthusiasm and joy you bring to, and get out of, each ride.

SPEAKING OF DUMB QUESTIONS
I’m sure all of you, at one time or another, have heard someone ask a really dumb question before. I’ll never forget the time I heard a lady ask a K9 cop if the burly German shepherd he held on a tight leash would bite. Really?! Lady, it’s a police dog! It was like asking if his gun fired real bullets!

That memory came to mind recently when on the weekly Montrose ride I unfortunately incensed a fellow rider when I had to spit and some amount of the spittle hit him. Oops! Next thing I know, the guy starts calling me out, “Bro, hey, bro, what the heck?!” As the pack was pedaling along handlebar to handlebar at 30 mph, I didn’t jump at the chance to acknowledge my accidental indiscretion other than to barely look over and say, “Sorry.” Apparently, that wasn’t good enough.

As we continued to roll along, he just carried on, “Bro, are you kidding? Bro, what the heck!” At this point I decided to simply ignore him and focus on the wheels and pedals rotating around me.

Sure enough, when we finally hit a red light, he rode up next to me to carry on the argument. “Bro, what the #@#@?!

By this time I had had enough: “Hey, broken record, I got it, but I spit down under my arm, and maybe you shouldn’t have been between me and the curb. Besides, this is a group ride; it happens!”

Undeterred by the realities of a group ride, it was then, when in seeking some form of retribution, he uttered one of the dumbest questions ever asked of me: “Hey, bro, do you want me to spit in your face?”

I mean, what kind of answer do you think he was expecting for that query?! Not knowing if I would soon be wiping my face clean or not, all I could do was remind him that it was an accident and that I had not actually spit in his face.

Thankfully, he resisted the temptation, and with the green light, we just clipped in and went about doing our best to avoid one another for the next 30 or so miles. Still, the encounter reminded me of some “forever” rules of riding in a pack: 1. If you have to spit or blow your nose, always look back for other riders first, be as close to the curb as possible (or swing wide), and do so in the direction of under your arm to minimize flight. And 2. Hey, bro, no matter the infraction, it’s a safe bet that nothing was done to you on purpose. We all make mistakes, so lighten up and ride safe.

The post ZAP’S COLUMN: “HEY BRO, DO YOU WANT ME TO SPIT IN YOUR FACE?” appeared first on Road Bike Action.