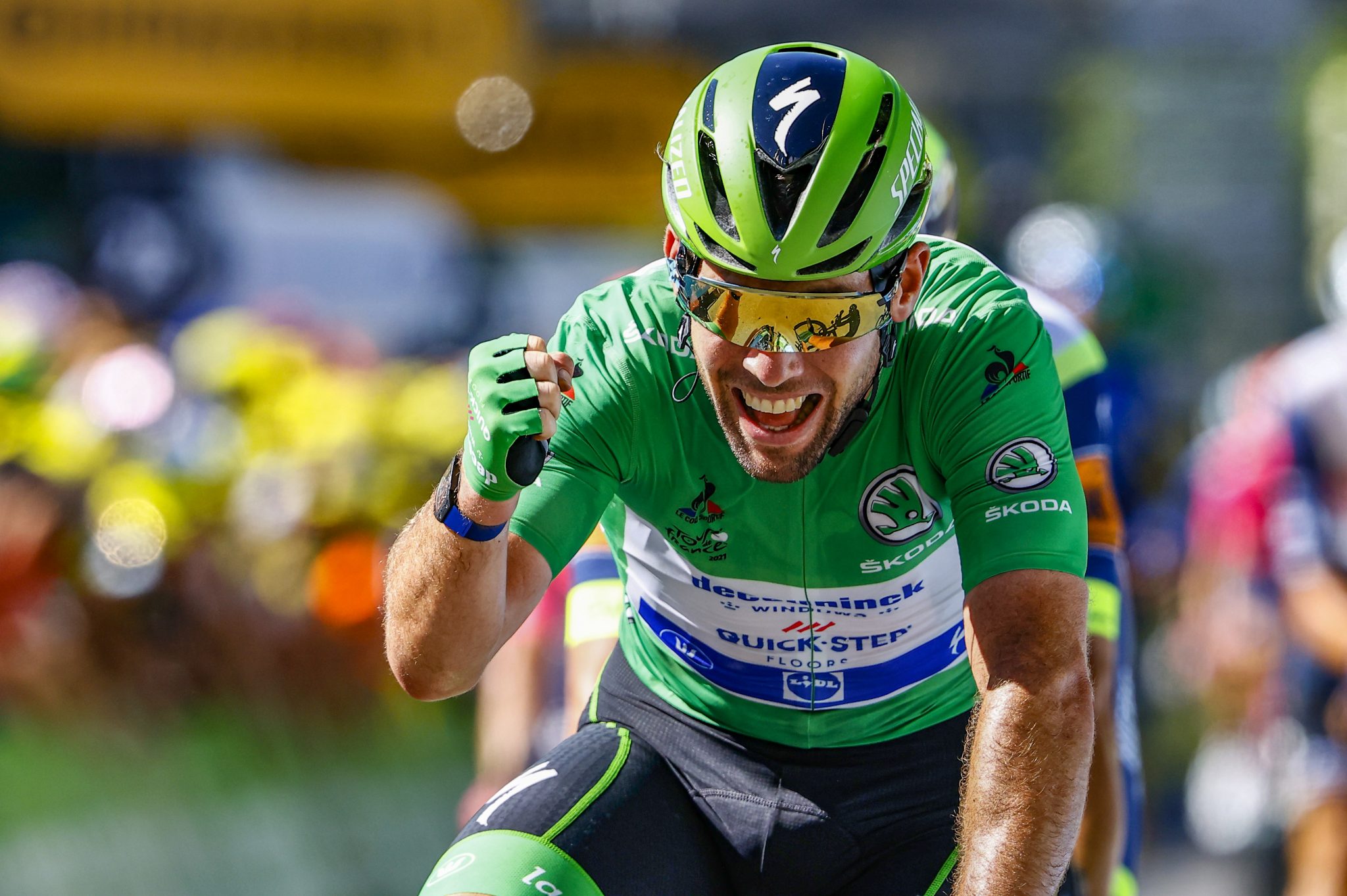 Veteran Brititsh sprinter Mark Cavendish extended his contract with his current team Deceunink-Quick Step by a further year. Team principal Patrick Lefevere announced last week that they had agreed terms and Quick Step duly confirmed Tuesday that the deal had been signed. Cavendish broke a lengthy barren patch of illness, injury and poor form by storming back to win four Tour de France stages in 2021, at the age of 36. As well as pulling level with Eddy Merckx’s 46-year-old all-time record of 34 stage wins on the Tour de France, Cavendish also won the best sprinter’s green jersey, a feat all the more remarkable considering that his career looked compromised last December.

At the time he was teamless, without a Tour de France win in five years, and struggling to put a long bout of the tiring Epstein Barr virus behind him. But Cavendish was welcomed ‘home’ to Deceuninck Quick-Step, who call
themselves ‘the Wolfpack’.

Winner of the iconic green jersey and four Tour de France stages this year, when he took his tally to 34 victories and equaled a 46-year-old record, @MarkCavendish has signed a new contract with #TheWolfpack: https://t.co/05584SRAke pic.twitter.com/lQzSQ0SRyQ

“One year ago, when I came to the team, I did not hide my admiration for what this team does and how happy I was to be back here,” said the rider from the Isle of Man.

“The last 12 months have been phenomenal and the support that I have had from the team and the staff has made me very emotional at times.

“I am really looking forward to making some more special memories together over the next 12 months,” said Cavendish, who is recovering from a fall at a recent track cycling event that saw him break two ribs and puncture a lung.

To mark the one-year extension signed by @MarkCavendish with #TheWolfpack, on Wednesday we are launching the first episode of our fantastic three-part documentary telling the story of the unforgettable Tour de France.

Until then, a teaser to whet your appetite. pic.twitter.com/MHDu6Stpyc