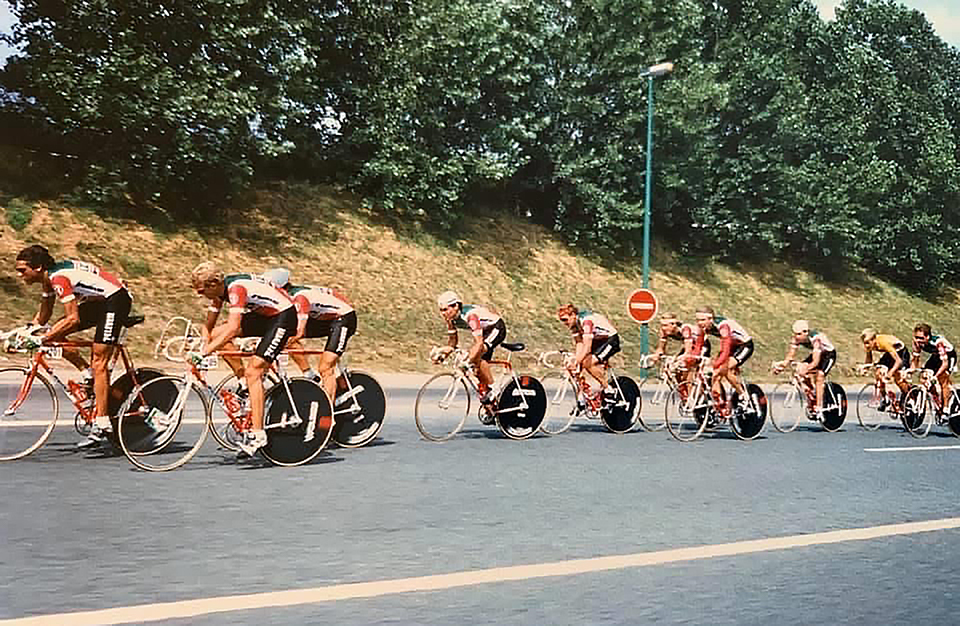 When the bombs started falling, the 7-Eleven Pro Cycling Team was on the Spanish island of Mallorca, getting ready to start the Vuelta a España. On April 15, 1986, on the other side of the Mediterranean, United States forces launched an air strike against Libya and its dictatorial leader, Muammar Gaddafi. President Ronald Reagan ordered the strike in response to a Libyan-sponsored bombing at a nightclub in West Berlin that killed three people, including a U.S. serviceman, and injured 229 more. The U.S. State Department decided a bunch of skinny bike racers could be a target for terrorists, so the team was abruptly evacuated from Mallorca to the States.

So much for our Tour de France preparation.

I was recently reminded of this story when talking with athletes about the abrupt and unpredictable changes we’ve all been facing as endurance athletes in 2020. Races and events are starting to return, and many event directors are hopeful for a successful season in 2021. The pathway to your goals may get complicated, but by keeping your eyes on the prize and getting creative, you can be ready for something great.

The 1986 Tour de France could have been a disaster for American cycling. A few North Americans had achieved individual success at the Tour de France, including Greg LeMond, Jock Boyer, and Steve Bauer. They raced on established European teams, whereas 7-Eleven was the first American team to take part. Plenty of people wanted to watch us flounder in the sport’s biggest race, and if we did, it felt like we would be laughed off the Continent.

We had geared the whole season toward the Tour de France. We decided to do more early-season races in France, meaning we raced Paris-Nice instead of Italy’s Tirreno-Adriatico. We soldiered through a full Spring Classics schedule. And then the plan was to race the Vuelta, which was in the spring back then and generally not as hard as it is today. It went into the mountains, but not the highest and steepest passes.

There is no way to replicate the training stress or daily rhythm of a Grand Tour, so when we were evacuated to the U.S. before the prologue, we had to figure out some way to get ready for a return to Europe. We couldn’t race the Giro d’Italia in May, so it was time to get creative. 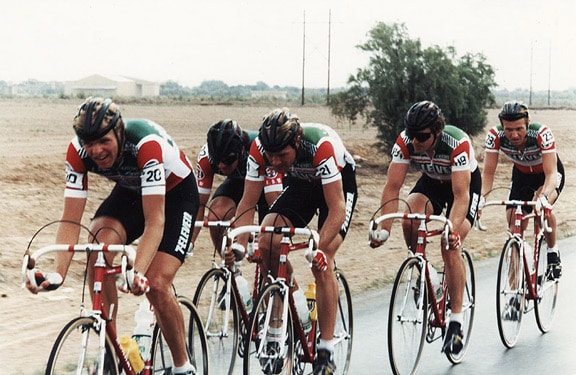 When we got back, I was training in the San Francisco Bay Area and staying with my sister. We had moved to Europe; I didn’t have a place of my own in the States. The team decided to ride the 4-day Redlands Classic in Redlands, CA, so my 7-Eleven teammate Doug Shapiro and I decided to ride to the race from the Bay Area. We took the inland route, with just a credit card and a t-shirt, shorts, and flip flops strapped under our saddles. We rode between 100 and 140 miles per day and I think it took 4-5 days to get there.

Raul Alcala won the Redlands prologue, Doug won two road stages, we won the team time trial with Ron Kiefel, Bob Roll, Eric Heiden, and me; and Davis Phinney won the final stage and the overall. It was kind of a massacre, but it was good confirmation we would have done well in that Vuelta…

We followed that up with a team training camp in Boulder in June, and then left for the Tour de France directly from Colorado. It wasn’t the preparation we had planned, but it worked. Alex Stieda took off on Stage 1 and snagged all the jerseys, including the race leader’s yellow jersey (which we promptly lost the same day through a comedy of errors in the team time trial). Davis then won Stage 3 in a field sprint! We had our ups and downs, but we proved the team deserved to be there.

Getting Your Training Back on Track

I always try to connect stories back to tangible ways athletes can improve their own performance. The common thread you have with the adventure above is that your season was derailed months ago by the pandemic. Some athletes used this summer free of events to double down on uninterrupted training, and they’ve been setting new PRs and Strava segment times left and right. Many others started strong, but eventually lost interest in virtual challenges and virtual worlds indoors. With Labor Day behind us and fall on the horizon, staying on track may be a bigger challenge than normal at this time of year.

Bikepacking and alternative cycling adventures have become popular (and marketable) for pros in recent years, but it’s not new. In the 1980s, we were trying to prepare for the European peloton on a diet of American criteriums, so it was common to ride to the race and then ride home after. Or we’d ride the crit and then go out on a long loop to get another 30-50 miles. You can do the same with local group rides and events. Some athletes who enjoy the social aspect of Zwift have been doing virtual group rides or races and then going out on the road or trail to put in more hours riding IRL.

Riding to or from family gatherings has been a great way for some athletes to get in a bigger day of riding than normal, or a way to piece together a credit-card-and-change-of-clothes bike trip with a family destination. Doug and I rode to Redlands because it was an interesting adventure as much as we did for the mileage and hours.

The product of your creativity should be a big training block. You want to seek out ways to make individual rides longer and ways to increase the number of rides, number of hours, or total training stress (TSS) for the month.

A lack of intensity is one error I’ve seen a lot of riders make this summer. Without races, many riders backed off the intense intervals and shifted to longer, moderate-paced endurance rides. Some took up Everesting, which is certainly intense, but ends up being mostly an aerobic endurance challenge. There’s nothing wrong with using the summer to build a deeper foundation of aerobic endurance. Just remember that if you haven’t been focused on above threshold efforts, you’ll need to take some extra time before the 2021 season to rebuild your peak power outputs for shorter (1-, 5-, and 10-minute) efforts.

If you’re struggling with motivation or trying to figure out a plan, try a free consultation with a coach.