WHAT YOUR PRESTA VALVE CAPS ARE ACTUALLY FOR 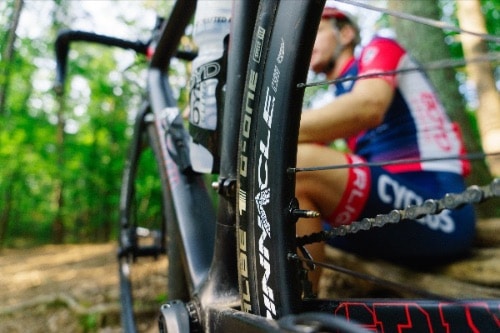 Q: What’s the deal with Presta valve caps, and why don’t most people use them?

The Presta valve, which is the common valve for road bikes, has a manual valve closure unlike the Schrader valve that is spring-loaded. The Presta valve is slightly simpler in design and only uses one seal with a smaller-diameter hole needed in the rim to fit the 6mm stem. This is why it is more common on road bikes, because a smaller hole is needed in the rim and they are slightly lighter, too (of course, specifically shedding a valve cap to save weight as some have advised is the silliest reason to do so).

Since the valve core of the Presta valve protrudes and can have a sharp edge, the cap is best used to protect itself when the tube is folded up and not in use. It can also prevent tearing a jersey if the tube is carried in your back pocket.

On a Schrader valve, the core is inset and sits almost flush with the stem. This leaves a small void where dirt and debris can collect and compromise the integrity of the seal.

So Presta valve caps have no use once the tube is installed; take off the caps and look pro. If you decide to toss your old tube into your bag or pocket, put the cap on so you don’t poke anything. Now, if you use a Schrader valve, then I’d suggest a cap just to be safe, but if one is missing, it’s not the end of the world.

The post WHAT YOUR PRESTA VALVE CAPS ARE ACTUALLY FOR appeared first on Road Bike Action.