WHAT ABOUT COFFEE? THE 6 BEST TIPS 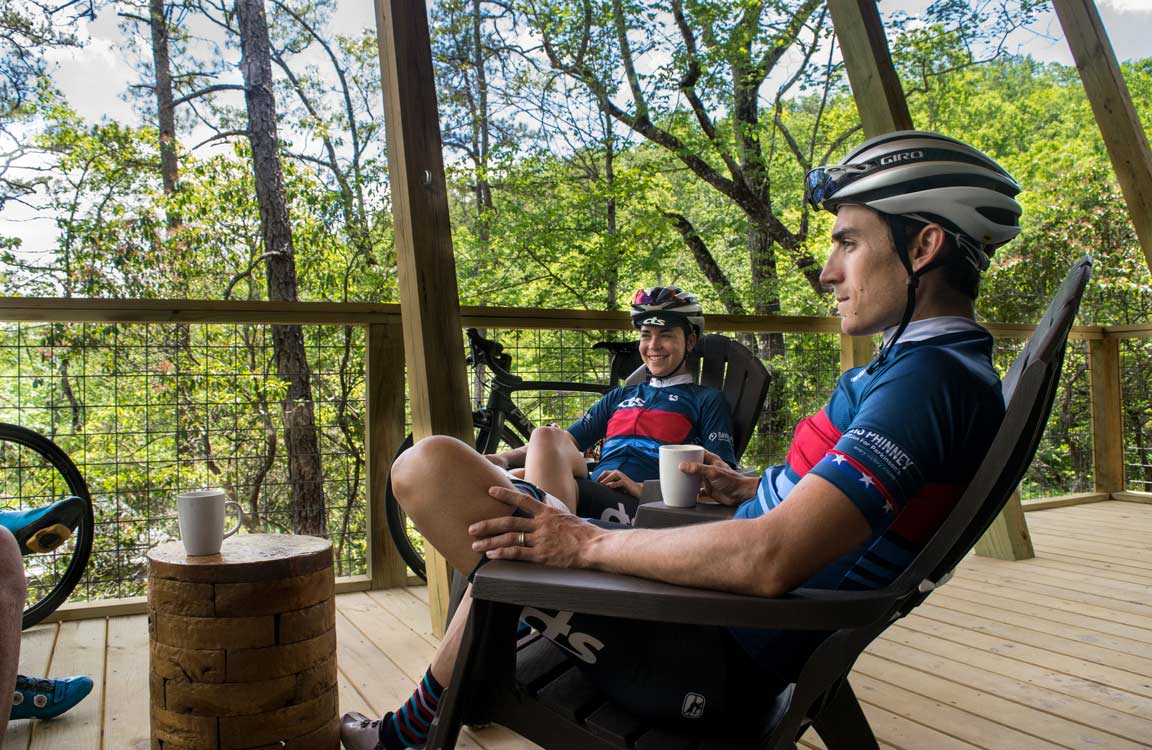 By: Chris Carmichael, Head Coach and Founder of CTS

Coffee has long been engrained in cycling culture. Many group rides start, end, or sometimes include stops at coffee shops. Coffee-related companies have sponsored some of the most iconic teams in the sport’s history, including Eddy Merckx’s 1969 Tour winning Faema team, Café de Colombia in the 80s, Saeco in the 90s, and Segafredo today. In recent years we’ve learned more about how coffee and caffeine affect performance – including how its effects change for older athletes. Here’s what you need to know.

It really does work

People eat and drink a lot of things that claim to improve athletic performance, but far fewer actually do. Caffeine delivers. As an ergogenic aid, caffeine has been shown again and again to improve cycling performance. The mechanism responsible for improved performance is a bit less certain, but most of the science points to increased mental alertness, increased fat metabolism (a bit), increased calcium availability in muscle cells, and reduced physical feelings of fatigue.

One of the most interesting ways caffeine improves performance is by blocking adenosine receptors. Normally, as adenosine binds to more of its receptors around the body during the day, neural activity slows and we feel tired. Hard exercise can lead adenosine to accumulate more rapidly, which may play a role in central fatigue. However, with caffeine bound to those receptors, the effect of adenosine is blunted and you stay more alert. For a much more detailed explanation of caffeine’s effect on adenosine receptors, read this great article by CTS Coach Corrine Malcolm.

Enough is all you need

When it comes to caffeine, more is not necessarily better and too much is definitely not good. Just 2-3 milligrams of caffeine per kilogram of bodyweight can be enough to improve performance, particularly for athletes who rarely consume caffeine. Athletes habituated to caffeine experience positive effects with consumption of up to about 6mg/kg. (3) Between 6-9 mg/kg is more likely to make you jittery, nervous, or nauseated. To put 3-6mg/kg into real world servings, a 65-kilogram athlete who regularly consumes coffee may perform well after consuming 195mg and may tolerate up to 390mg. Drip coffee typically has about 9-15mg/oz (or 72-120mg for 8oz) and espresso has about 30-40mg/oz.

Caffeine does not have the same effect on everyone, and a lot of the variation comes down to genetics. There are two varieties of the CYP1A2 gene: fast and slow. People with two fast varieties (alleles) experience the greatest performance improvement from caffeine. Having one of each leads to more moderate performance improvement. Athletes with two slow alleles may experience no positive effect from caffeine, or may need to consume caffeine further before training or competition in order to allow more time to metabolize enough caffeine to lead to improved performance. (6)

Slow caffeine metabolism keeps you up at night

If having coffee in the afternoon makes it tough to get to sleep that night, slow caffeine metabolism may be part of the reason. You may have been able to drink coffee after dinner and get to sleep when you were in your 20s and 30s, but now in your 50s and 60s a coffee after 2pm keeps you up all night. You’re not imagining it. A 2013 study showed the metabolism of a range of drugs, including caffeine, slows significantly with age. (4) Even with two “fast” CYP1A2 alleles, as caffeine metabolism slows, the increased alertness from caffeine will linger longer.

In the long term, quality sleep will do more to improve your performance than caffeine, so go for a walk to cure the 3 o’clock slump instead of grabbing a coffee. The slowing of caffeine metabolism with age also means older athletes should experiment with consuming caffeine earlier before workouts and races, like 90-120 minutes beforehand instead of 60.

Coffee is not a diuretic (for daily drinkers)

One of the most frequent questions we get about caffeinated coffee is whether it is a diuretic. The answer is that it depends on how much coffee you consume. If you drink coffee – or other caffeinated beverages – on a daily basis, then continuing to consume that level of caffeine does not increase water loss. (1) If you don’t regularly consume caffeine and consume it occasionally for the ergogenic effect, then you may experience a minor diuretic effect. And if either group consumes a large dose of caffeine (500mg), it will have a diuretic effect.

Abstaining may not improve performance

Recent research casts doubt on the idea that abstaining from caffeine for a week or more enhances its ergogenic effect when used during a subsequent competition. Compared with athletes who abstained, athletes who were habituated to caffeine experienced a statistically equal improvement in time trial performance. (2, 5)

That said, the mind plays a huge role in performance. If you believe abstaining from caffeine for a week before a big race gives you a bigger boost during a race, keep doing it. After all, the same research can also be interpreted to mean there is no decline in the effectiveness of caffeine from abstaining prior to competition.

Does it need to be coffee?

No, not really. In fact, studies conducted using caffeine powder and decaffeinated coffee showed similar effects to caffeine powder alone. While not surprising, it’s notable because it means any caffeinated food or beverage that delivers 3-6 mg/kg of bodyweight can be effective. It is also important to remember that caffeine from multiple sources adds up, which is part of the reason most caffeinated sports nutrition products (gels & chews) only contain about 30-50mg of caffeine per serving. It’s also why athletes who are more sensitive to caffeine need to be careful not to inadvertently double up on caffeine sources.

While it’s important not to overdo it, enjoying your coffee or other caffeinated beverage can help you perform better. And even if it didn’t, I’d still stop at the coffee shop a few hours into a ride!

The post WHAT ABOUT COFFEE? THE 6 BEST TIPS appeared first on Road Bike Action.