FLASHBACK FRIDAY, 2018: ALL IN THE (ITALIAN) FAMILY 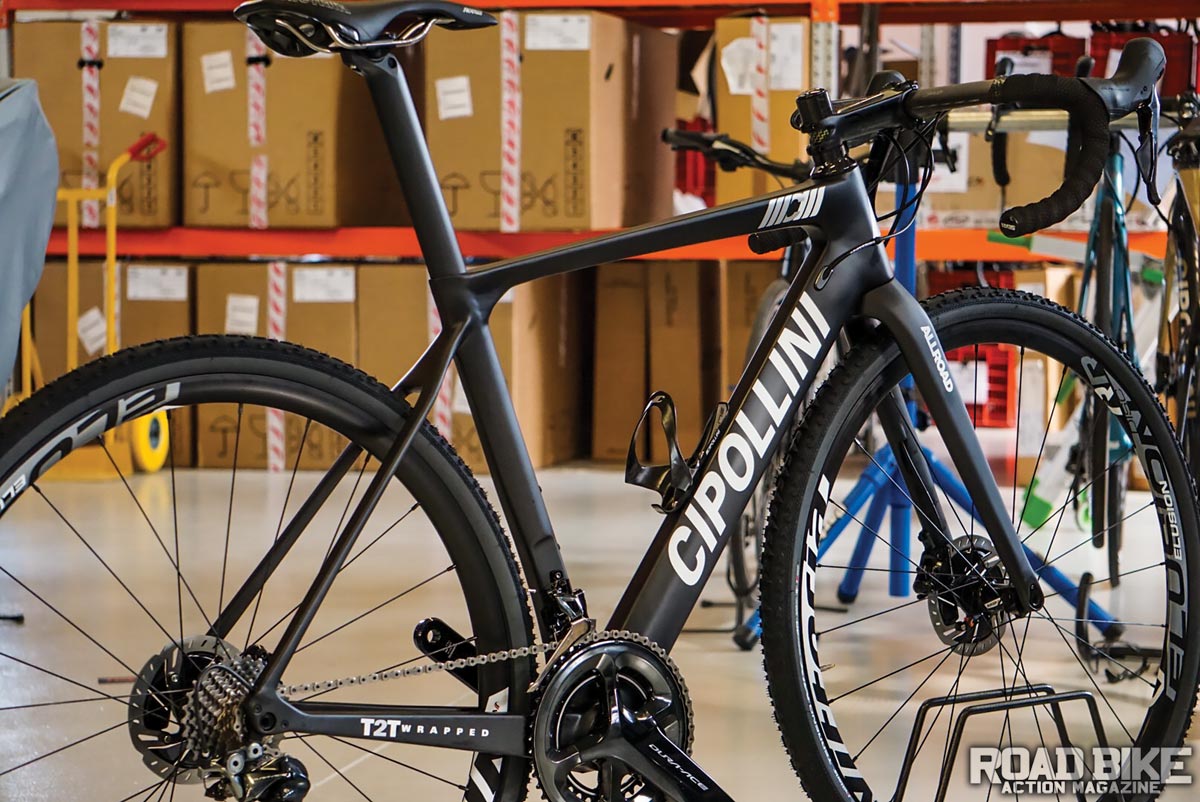 From the Giro d’Italia to legacy frame builders and the multitude of cycling  accessory brands, to this day Italy remains the heart and soul of all things cycling. Back in 2018 we had the opportunity to visit a handful of name brand companies, each founded on the principle of family, passion and quality.  So, without further ado.

More than just a marketing slogan, when Italians say that their products are handmade and the companies are family-run, they really mean it. Selle SMP is the perfect example of this. The saddle-maker was founded in 1947 by the late Martino Schiavon and is now currently run by his sons Franco and Maurizio. The brothers are always proud to point out that Selle SMP saddles are still 100 percent made in Italy while using Italian-only products.

The brand began making saddles for the OEMs, but 2004 was a turning point for the company when they introduced a line of their own very unique aftermarket saddles. It was at the Milan trade show that, following three years of research and design, the saddle was first shown to the public. Forgoing the trendy styles of most saddles, Selle SMP had pursued a scientific way to produce a product that they felt could benefit a cyclist better than a traditional shape. According to Franco, the general response wasn’t the most ideal, but they never wavered.

To overcome consumers’ initial trepidation about the unique shape, Selle SMP believes the best way for riders to find out the benefits of the saddle is to try it themselves. To make that happen, Selle SMP has over 320 test facilities throughout the U.S. where riders can demo the saddles to discover how they work and which one works best for them. They will also soon be launching an online program to help riders test their saddles if they are not located near a Selle SMP test facility. www.sellesmp.com

Following a 30-year stint as a partner to another Italian clothing brand, Ale Cycling was formed in 2013. They hit the ground running with a wide selection of cycling kits that stood out not only for their embrace of bold colors and designs but attractive price points as well.

Ale focuses much of their production on custom wear, where it takes up 70 percent of their business with the other 30 percent attributing to their in-house designs. Following a more traditional vein, Ale produces team wear for WorldTour teams like the French squad FDJ, Bardiani and the women’s Cipollini team. Also, inside the factory you can see that Ale produces clothing for the Vermarc brand used by the Belgian powerhouse Quick-Step Floors team.

Given that for years the Ale factory was pumping out kits for Nike in the midst of the Lance Armstrong craze. They definitely know how to keep their sewing machines humming. From a numbers standpoint, over 3000 garments and 1000 chamois are produced daily. 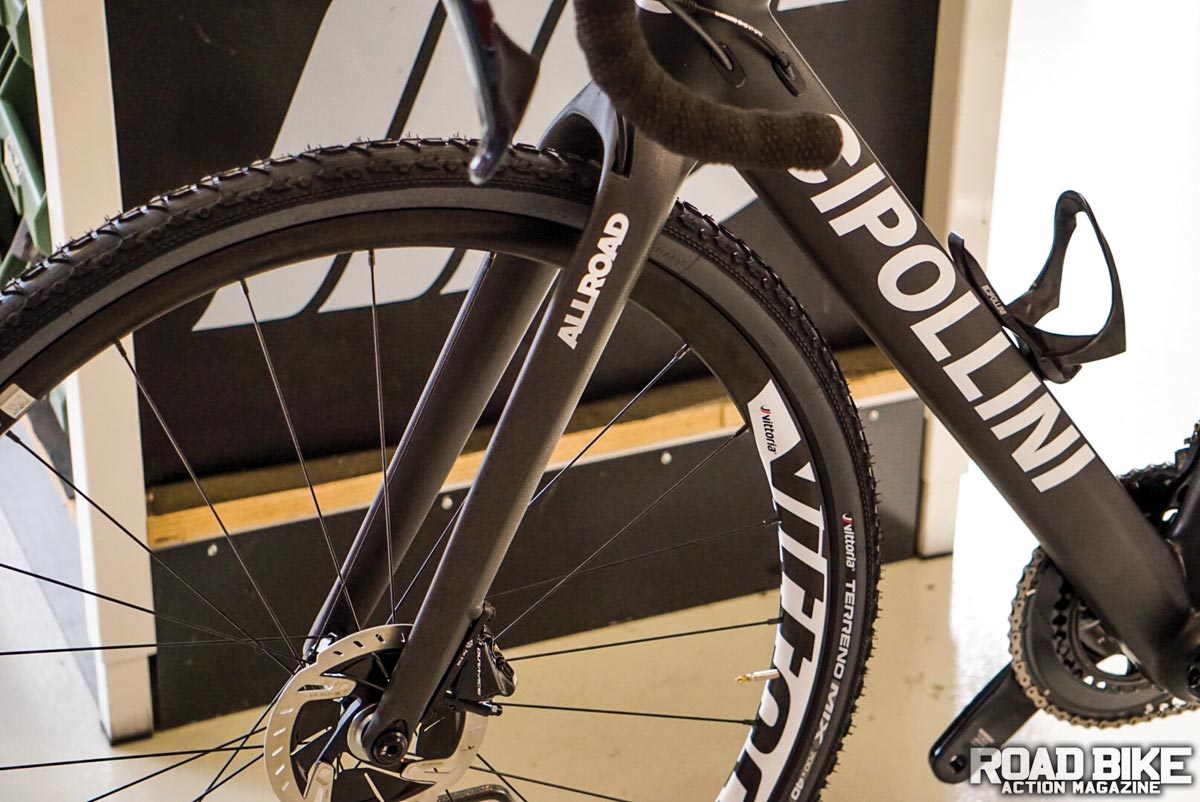 If there is one thing that has defined the level of Italy’s cycling fanaticism, it’s been the long list of bike brands founded in the name of its champions. And why not since, as we all know, Italy is home to more great champions who are worth celebrating than any other country. When it comes to Italy’s modern-day champions, none are as dynamic and worthy of veneration as “Super” Mario Cipollini. 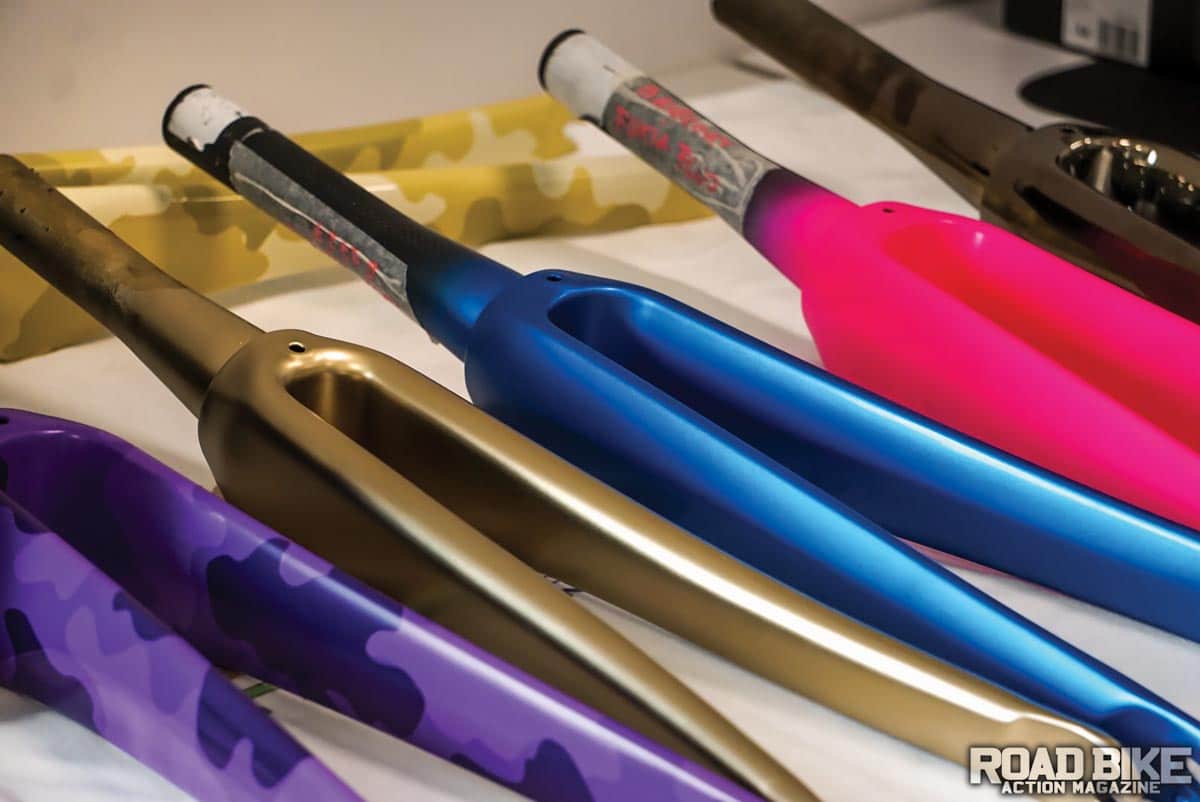 Always a bold and proud Italian, Cipollini came of age in the ’90s and will always be regarded as one of the sport’s greatest sprinters. In addition to winning stages in every Grand Tour, he was crowned world champion in 2002. Over the years he rode for a handful of celebrated teams (most notably Saeco/Cannondale) before retiring in 2008.

In 2009 Mario linked up with Federico Zecchetto who was well-known as a central player in all things related to Italian cycling and also happened to own a frame factory. Between Federico’s history as a carbon fiber industrialist and Mario’s legendary renown, the two set out to bring a true top-of-the-line Italian brand to the market. 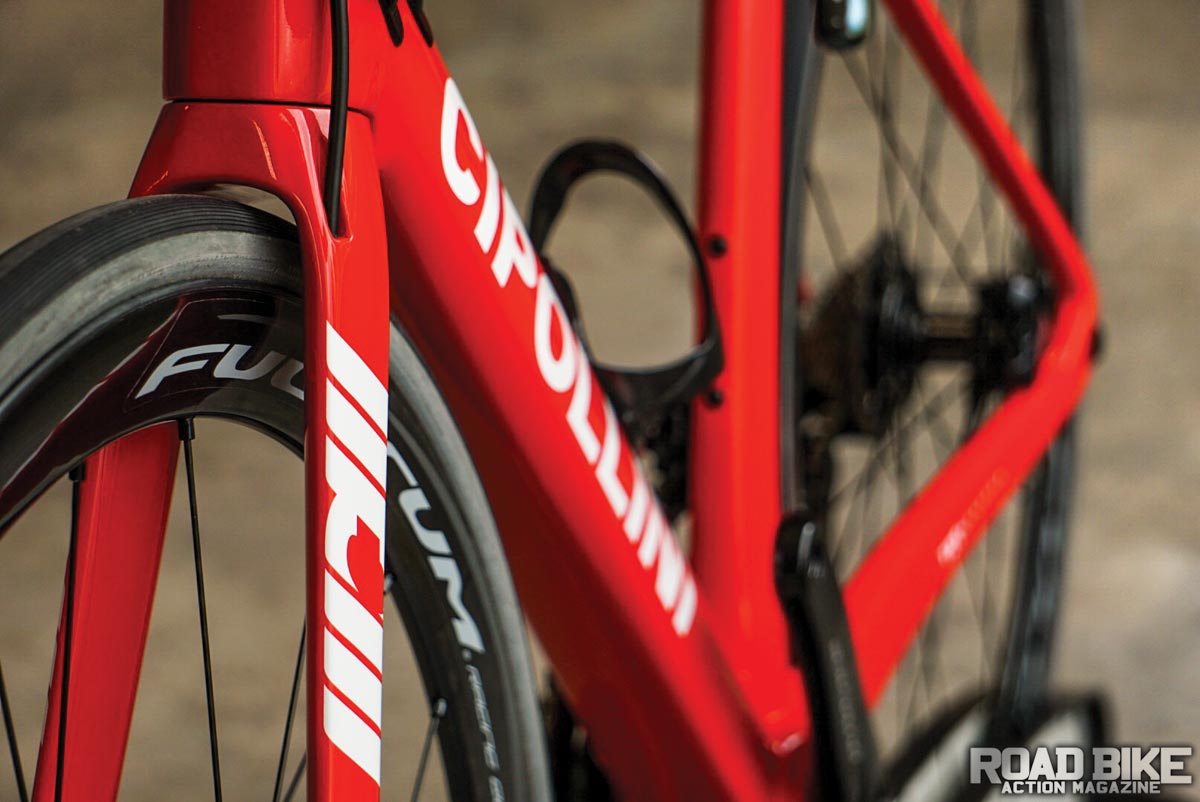 At 86 years old, founder Ernesto Gazzola still walks into the factory every day to oversee the production of the cycling and motorcycling footwear brand that he founded back in 1962. From the days when Ernesto sat alone in his workshop making hiking boots, the family-run company has grown to 55 employees and sells close to 80,000 pairs of cycling shoes per year.

An iconic brand throughout the cycling industry, Gaerne is an even bigger fixture in the world of motorcycle racing, thanks to the day in history when Ernesto’s son Guilliano took up racing motocross and Dad decided to make him some boots. The company remains as family-run as you can get, with their factory located next door to the house where Ernesto still lives.

Based in Coste di Maser in the province of Treviso, which is a celebrated district for the manufacture of cycling shoes. Gaerne continues to develop new designs and technology, thanks to the input gained from their sponsorship of the Lotto-Soudal team and Fabio Aru. 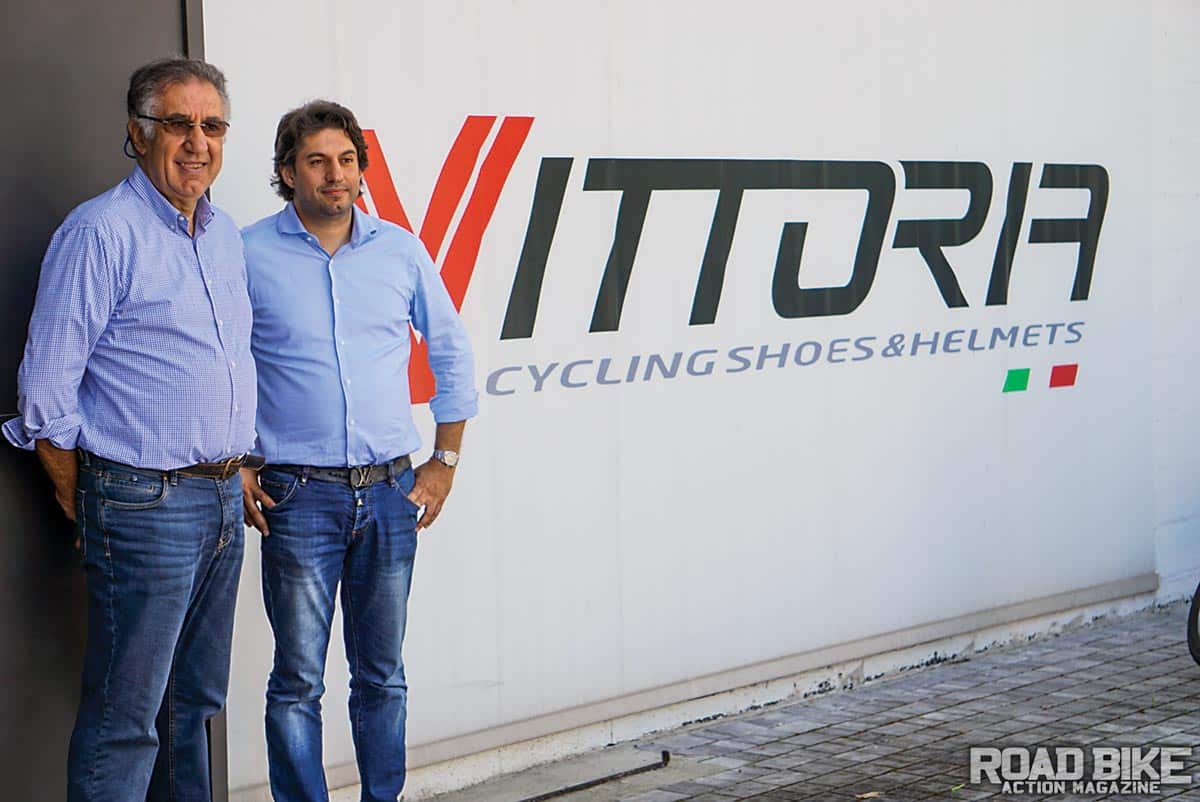 Founded in 1976 by Celestino Vercelli following his professional racing career, the brand was born and is still currently run by Celestino along with his son Edoardo. Fast-forward 10 years after inception and Stephen Roche used his Vittoria shoes to ride to victory during the Giro d’Italia, Tour de France and World Championships. During 1998, Marco Pantani pulled off the stunning feat of overall victories in the Giro d’Italia and Tour de France in the same season while wearing Vittorias.

Today, shoe production is still housed in the 10,000-square-foot facility in Vigliano Biellese, Italy, where it all began. Vittoria holds true to their roots of craftsmanship and innovation as found in their latest Vela shoe. Speaking of innovation, spotted in the foyer was a shoe with a dial-closure device that Vittoria designed back in 1992, over a decade before similar systems would take hold in the sport.

The post FLASHBACK FRIDAY, 2018: ALL IN THE (ITALIAN) FAMILY appeared first on Road Bike Action.