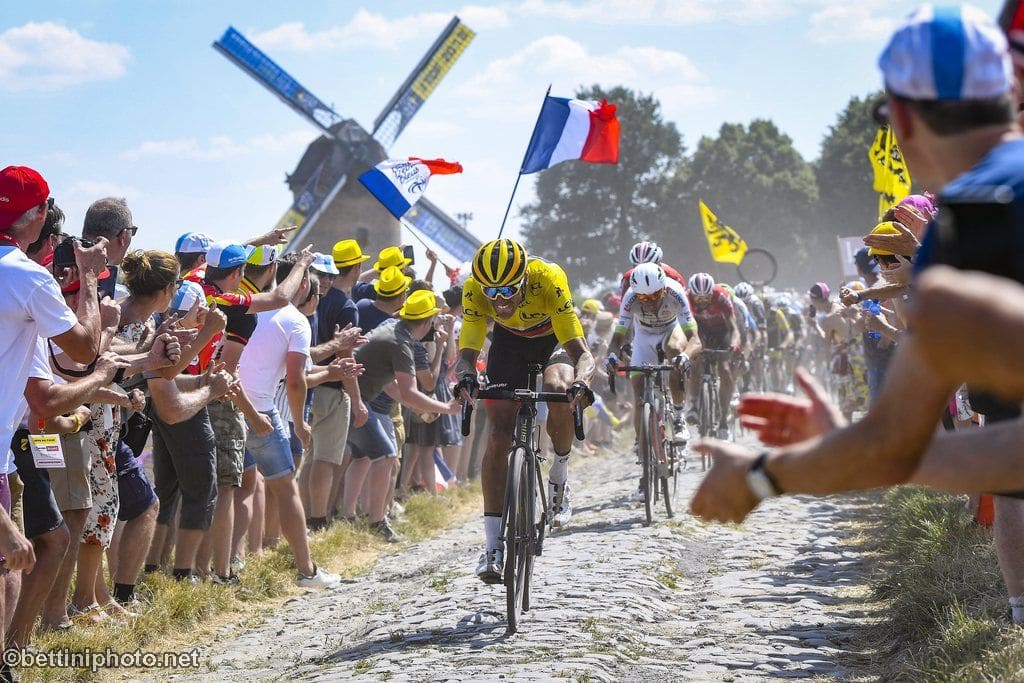 The 2022 men’s Tour de France route was unveiled on Thursday, take a look at five of the most challenging stages:

The Tour runs over 19 kilometres of cobbles on this stage in the region that is usually crossed by the Paris-Roubaix one-day classic. Last visited in 2018 when Geraint Thomas produced a strong performance before going on to win the race, the stage can hamper the chances of any riders who are uncomfortable on cobbles. The cobbles themselves are from old mining roads and cut through beetroot or potato fields. Dusty in dry wether and muddy in the wet, this is one of the early highlights of the race and will see an intense battle for a prestige stage win.

Only the purest of climbers will thrive here as the Tour climbs way above the treeline to the rarefied oxygen at over 7900 feet. To get there the peloton also has to cross the Col du Galibier at 8600 feet, the highest point on the race with an endurance-sapping 10 mile ascent.

Spare a thought for the non-climbers in this race as after stage 11’s 25 mile ascent, the following stage has another 40 miles of them. The day will be dominated by scenes of partying fans on the hillsides as the iconic climb up the Alpe d’Huez returns to the Tour route on the French national holiday of July 14. Stages 11 and 12 could give a clear idea of who could win the race.

The stage sets off from the pilgrimage city of Lourdes and heads up the Hautacam climb, with 8 miles at a steep incline on a narrow, winding ascent. We should know at the summit who the champion will be — or at the very least, which names have fallen out of contention.

In the 2020 Tour de France, the race leader Primoz Roglic was memorably humiliated by his then little know younger Slovenian compatriot Tadej Pogacar, who overhauled him to clinch the title. The 25 mile individual effort provides a final potential banana skin, and will be a test of physical and mental endurance for a tired peloton.